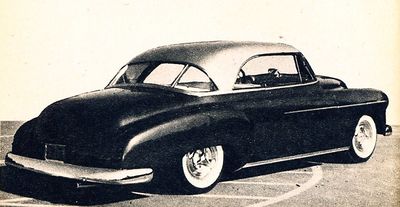 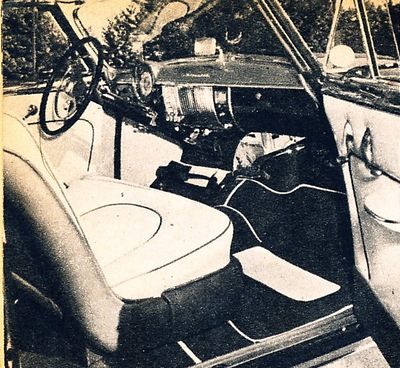 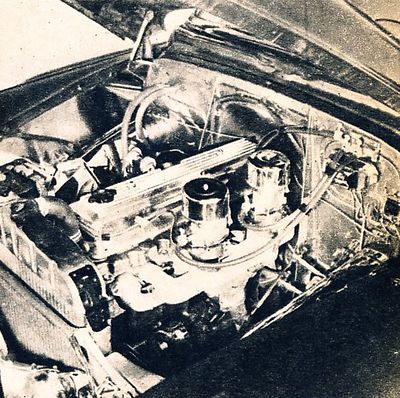 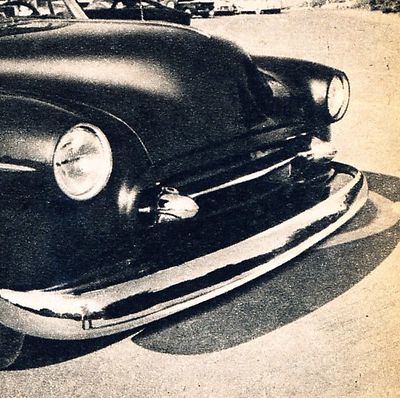 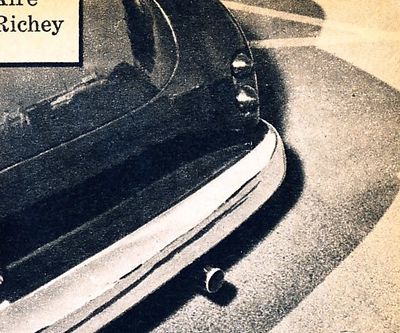 1950 Chevrolet Bel-Air owned and restyled by Damon Richey. Damon's tasteful Chevrolet was nosed, decked and shaved for door handles. The headlights were frenched by using rims from a 1953 Mercury. Two 1950 Chevrolet top grille bars were brazed together to form an oval grille cavity which featured a grille which was a 1956 Chevrolet bumper guard. Both front and rear bumper were shaved for guards and bolts to achieve a cleaner appearance. The frenched and tunneled taillights were 1951 Buick units. The one-piece windshield was from a 1950 Oldsmobile. Once Damon was done with the bodywork, he painted it with a special mixed Titian Red and Silver Orchid lacquer. As a final touch to brighten up the exterior, Oldsmobile Fiesta hubcaps were added. The interior was done with red seat backs, rugs featuring white piping, and white door panels and cushions. A Corvette inline 6 shortblock was bored 1/8" and equipped with milled head, dual exhaust, Sharp manifold and valve cover. Mallory Magspark provided enough spark for the hot mill.[1]

Please get in touch with us at mail@kustomrama.com if you have additional information or photos to share about Damon Richey's 1950 Chevrolet.