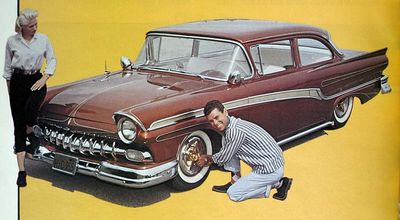 Buddy and his wife Donna.[1] 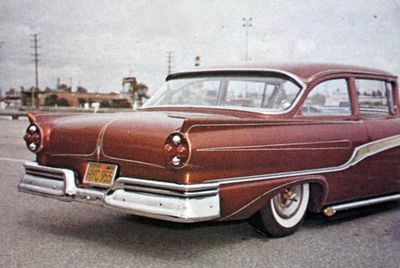 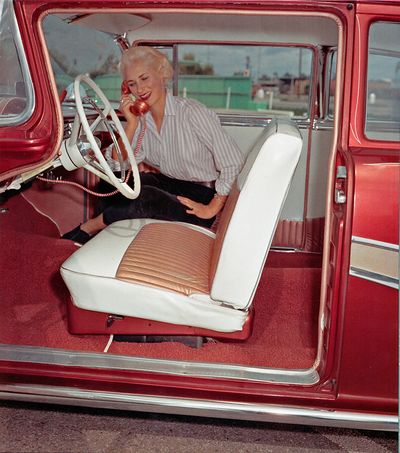 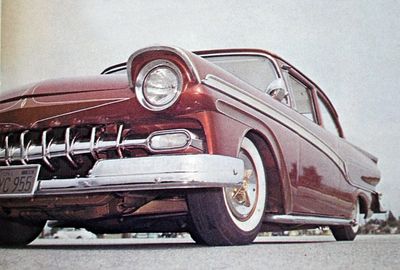 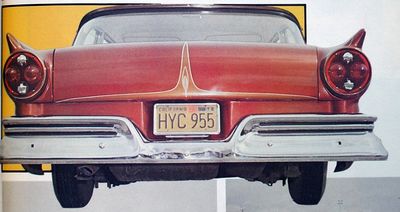 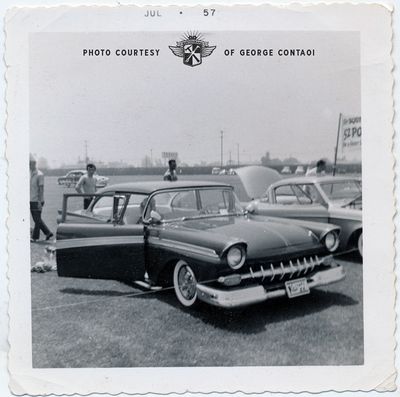 The Ford at an outdoor car show in 1957. The photo might be taken at at the Squires Charity Auto Show held May 5, 1957. The photo is developed in July of 1957. The banner behind the Studebaker is an ad for Paul Lehrbass' 1952 Pontiac that the club gave away Saturday, September 7, 1957.Photo from The George Contaoi Photo Collection. 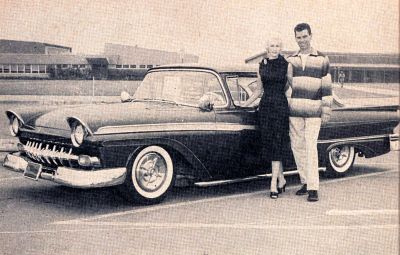 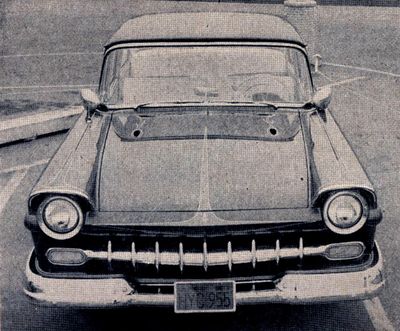 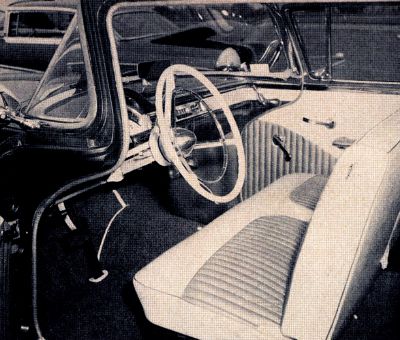 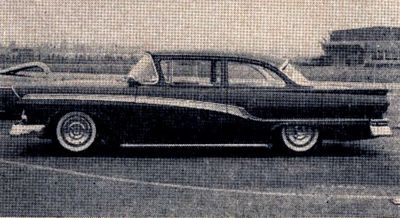 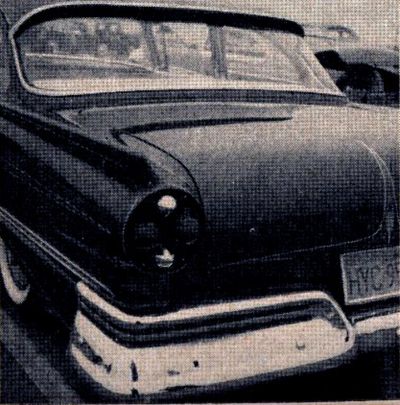 1957 Ford Two-door sedan originally owned and restyled by Dick Jackson of Dick's Custom Shop. Dick's Ford was restyled late in 1956 or early in 1957, and a photo George Contai took of the car around July 1957 shows it nosed and decked with all of the handles removed. The door handles had been replaced with pushbutton-operated units, and the rear bumper had been swapped with a Fairlane 500 unit. Up front, the stock grille and bumper guards were removed, and a 1954 Chevrolet grille bar that Dick had reworked and fit with extra teeth was installed. The headlights were frenched using 1956 Ford Pickup headlight rims. Buick portholes were inserted into the top of the hood. Dick designed and made a pair of custom taillights using 1953 Buick taillights that he set into red Lucite backings. The custom side trims was made by 1957 Ford Fairlane 500, 1953 Dodge and 1957 Dodge components. Spindle kit, blocks and de-arched spirng were used to lower the car. Once the bodywork was done, it was painted Tingua red red with gold scallops. Striping work was done by Dean Jeffries. Duke and Duchess of Compton stitched up a pleated interior in gold and white Naugahyde. The carpets were trimmed with white Naugahyde and a phone receiver was installed beneath the dashboard. Dual spotlights and Dodge Lancer Hubcaps with 24 karat spinners wrapped up the style.[2]

After completing the build, Dick traded the Ford to Buddy Alcorn of Long Beach, California for his chopped 1950 Mercury.[3]

Please get in touch with us at mail@kustomrama.com if you have additional information or photos to share about Dick Jackson's 1957 Ford.