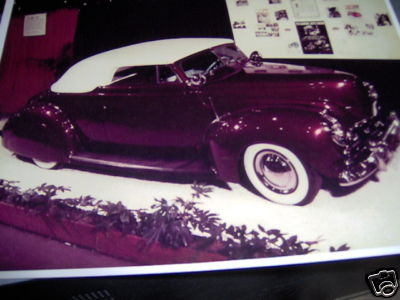 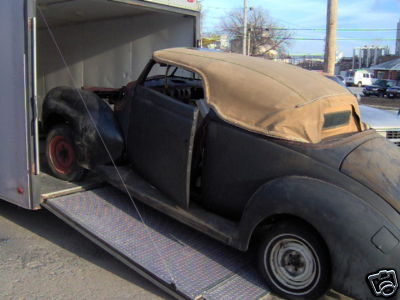 Pictures from the eBay listing in 2008 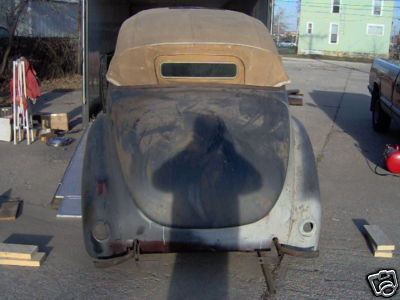 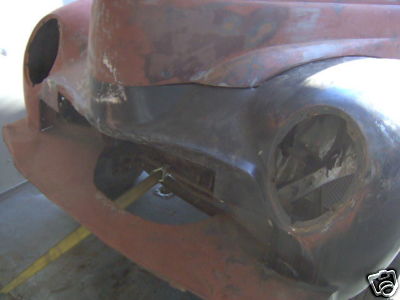 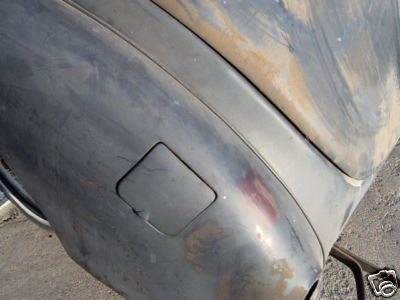 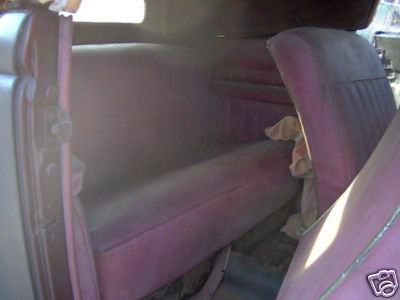 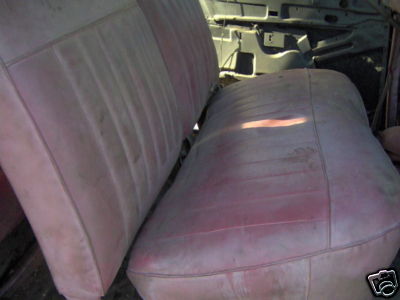 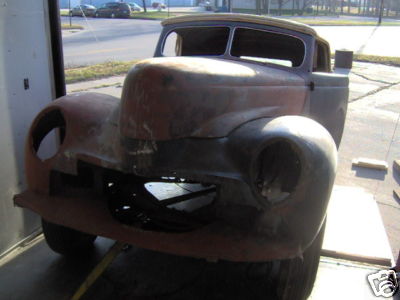 1940 Ford Convertible built by Bill Page. Bill chopped the windshield frame 3 1/2 inches and installed a padded removable top. By using medium long spring hangers and by re-rolling the spring eyes Bill managed to drop the car another 3 inches. The front end was lowered an equal amount by using a Dago dropped axle. Up front the car was kustomized using the top of a 1948 Pontiac grillework. One of the bars was shortened to provide the top bar of the custom grille. Bumpers used in front and rear came from a 1948 Mercury. In the rear the car was modified with a set of 1941 Pontiac taillights.[1]

The car was powered by a stock bore and stroke 1948 Mercury V-8 engine equipped with Edelbrock 8 1/2 to 1 heads and an Offenhauser triple manifold with three Stromberg 97's. Bill Page's Ford was clocked at the Pomona Drag Strip at 73 mph.[1]

In the 70's Bill painted the car in primer, and started to take it apart in order to turn it into a street rod. Bill never completed what he started, and the car stayed in parts until 2007, when Bill sold the car. November 2008 the car was listed for sale on eBay.

Please get in touch with us at mail@kustomrama.com if you have additional information or photos to share about Bill Page's 1940 Ford.