From Kustomrama
(Redirected from 1954 Barracuda)
Jump to: navigation, search 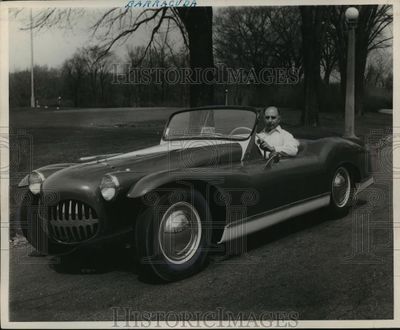 A photo of Raymond with his "1954 Barracuda" sports car. We belive this is the same car as the X-1. Photo from eBay. 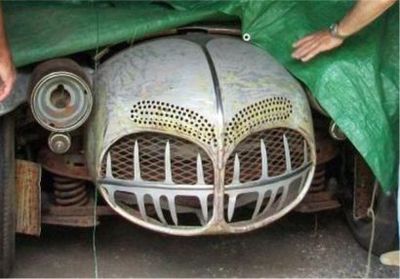 A recent photo of what's left of the Besasie X-1. 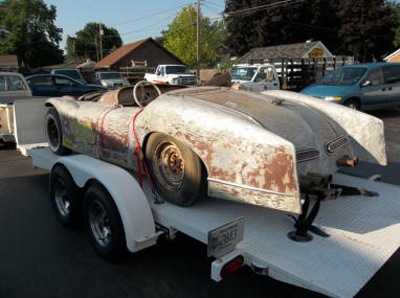 The X-1 was an experimental sport custom owned and built by Raymond Besasie of Besasie Engineering in Milwaukee, Wisconsin. According to later owner Bill Hebal, the case was also known as the "Barracuda." Hebal owned the X-1 in the 1970s. After Bill sold the car, it ended up in a museum in Michigan.[1]

Please get in touch with us at mail@kustomrama.com if you have additional information or photos to share about Raymond Besasie's X-1.