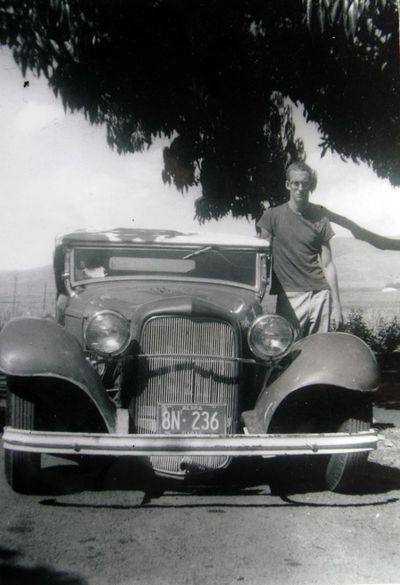 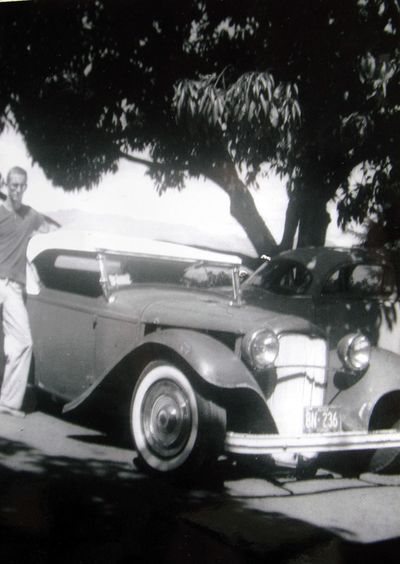 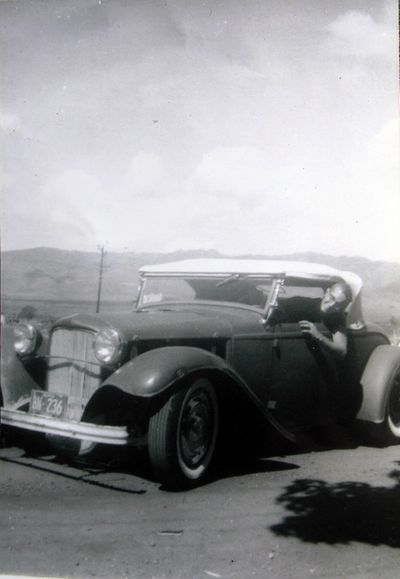 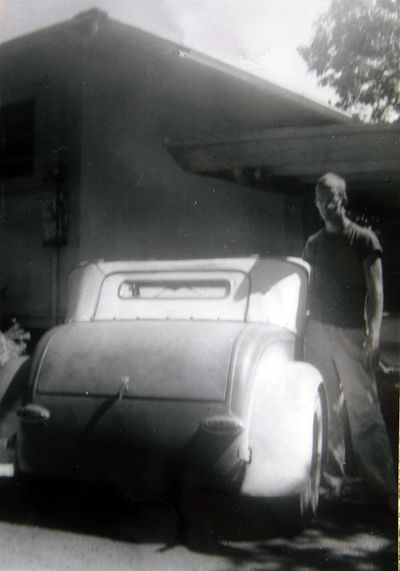 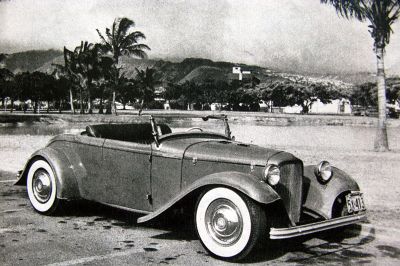 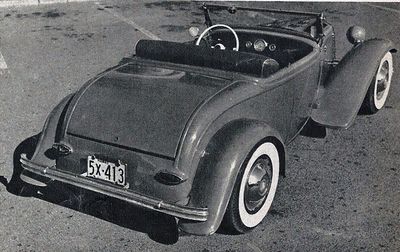 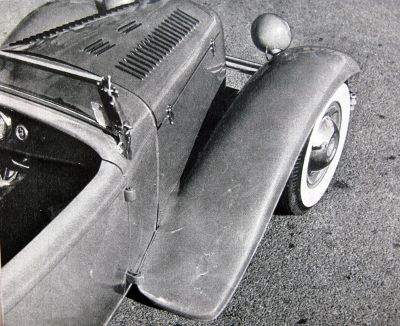 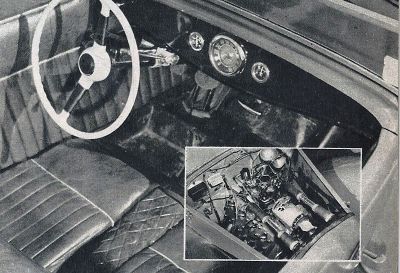 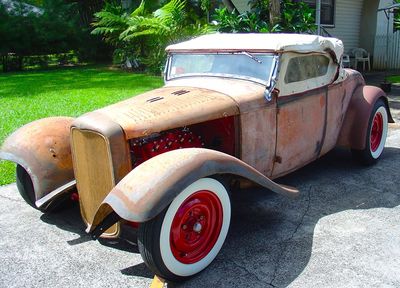 Longie's roadster as it sat after John Figueroa bought it. Photo provided by Jason Teraoka. 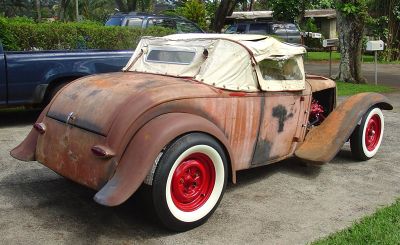 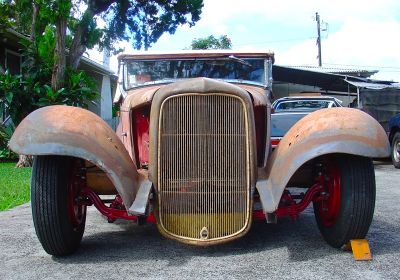 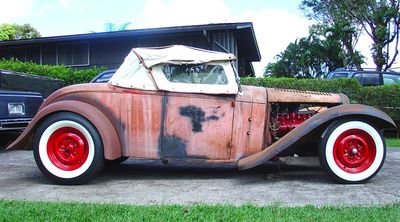 1932 Ford roadster owned and built by Robert "Longie" Gandall of Honolulu, Hawaii. Robert, who owned a motorcycle shop in Honolulu and was active in the drag racing scene in Kahuku, built the roadster around 1951-1952. The body on Longie's roadster was channeled over the frame. He maintained the original fenders, and mounted the headlights by modifying the original light bar. The bar was cut in half, the short ends were removed, and the remaining parts were mounted to the frame rails right behind the shocks. The sockets which position the lights were bent down.[1] 1950 Ford taillight lenses were mounted on housings that were flaired into the body just below the lower corners of the deck lid.[2]The early part of the roadsters' history is shrouded in mystery and it's unclear whether this was a true garage build or that some of the work had been farmed out to different shops. It does appear that maybe two or more people had their hands in the fabrication work.[3]

Longie's roadster was passed around to different owners in the following few years. In 1958 or 1959 the car was bought for Richard Armstrong by his father for $650. Richard was only a Junior in High School when he received the car as a gift. He drove the Roadster around town for several years and finally garaged it when he was fed up with getting speeding tickets.[3]

The car was eventually put in storage, and it sat until 2009, when John Figueroa bought it from Richard. When John got the car the original suspension and drive train were too far gone from the island elements to restore, so he replaced them with parts that were true to the way it was.[3]

Please get in touch with us at mail@kustomrama.com if you have additional information or photos to share about Robert Gandall's 1932 Ford.