From Kustomrama
(Redirected from Old-School '54 Chevy)
Jump to: navigation, search 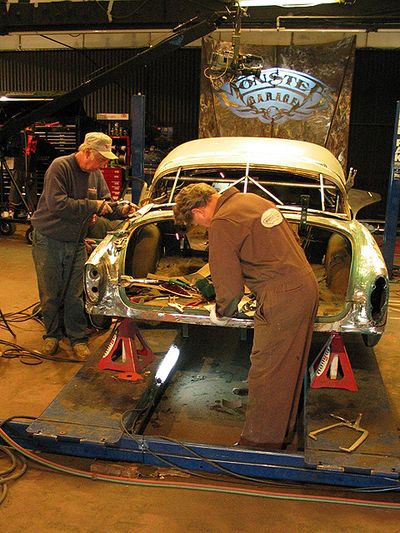 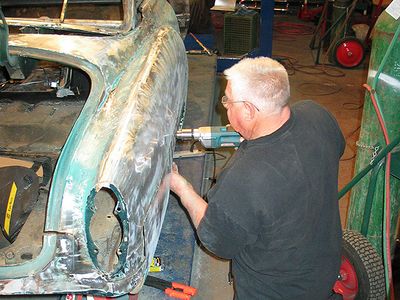 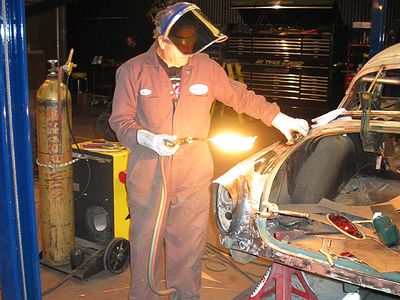 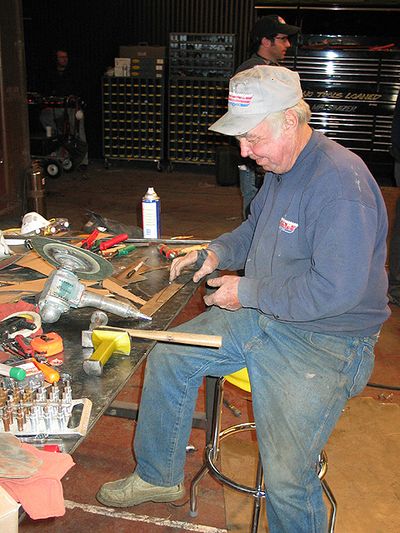 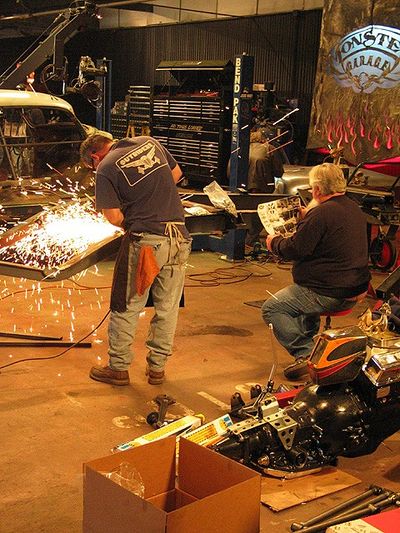 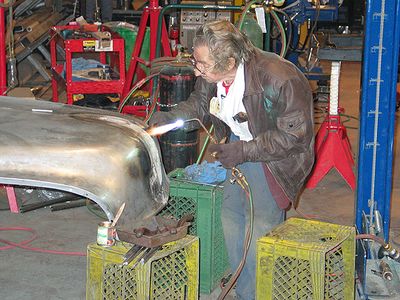 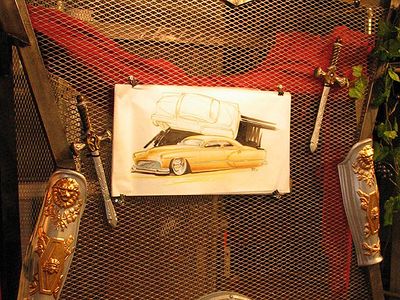 The original Thom Taylor design for the car. 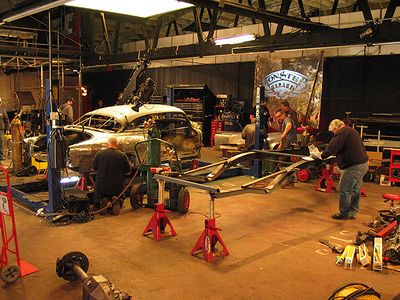 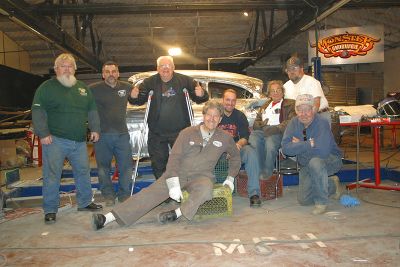 The Dream Team that built the car on Monster Garage. 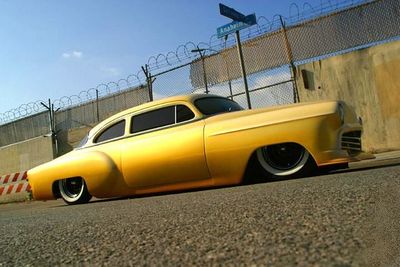 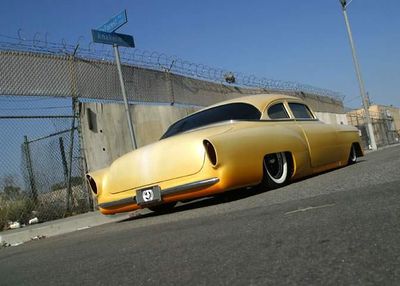 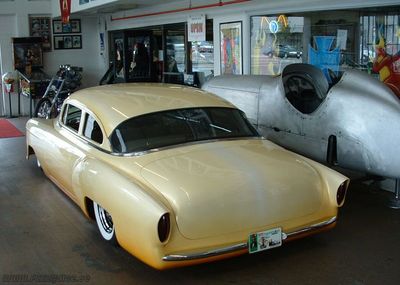 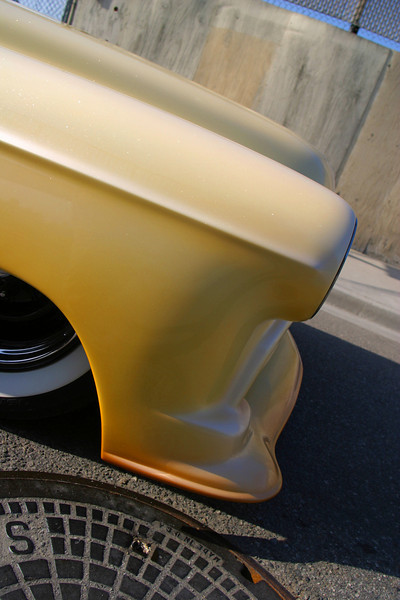 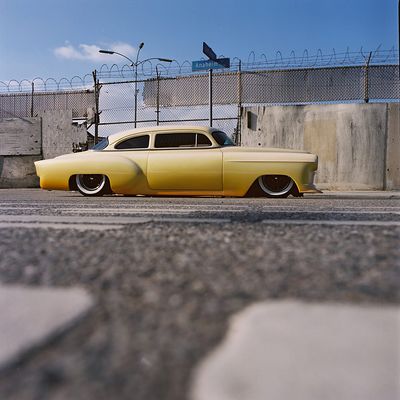 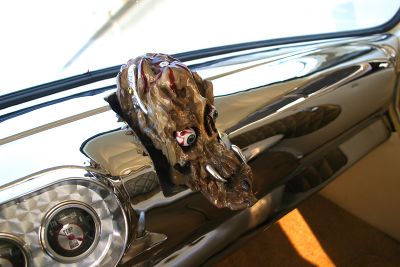 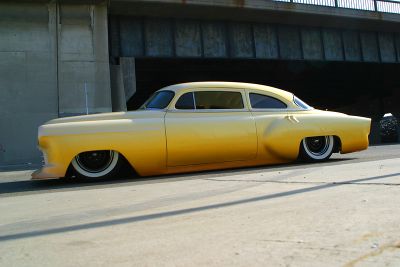 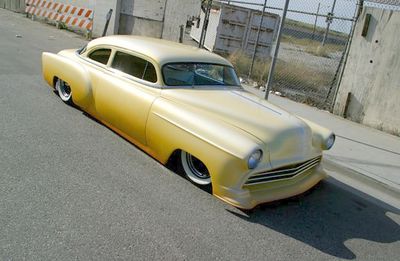 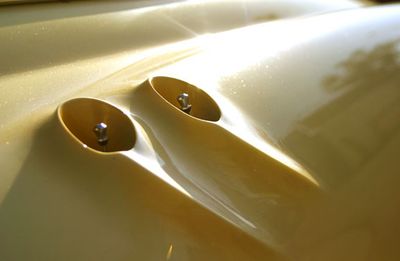 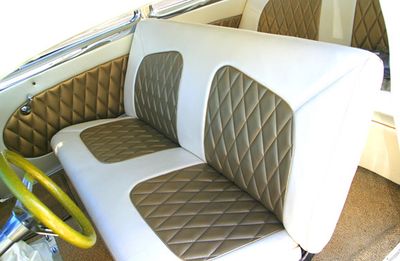 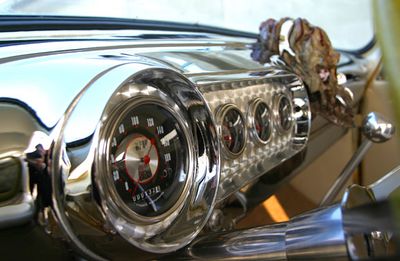 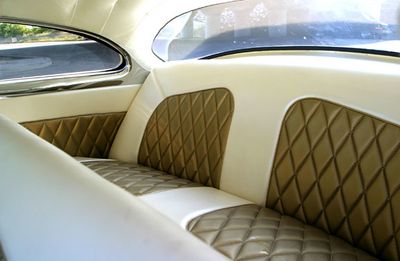 The guys chopped the top and sectioned the car 3 inches. The inline 6 motor was retired for a V8 crate motor. Rather than sub framing the car, Fat Jack and his son John customized the stock frame for accepting the new engine and turbo 350 trans. The Old School Chevy was completed in 5 days,[2] and had a total build cost of $23,360.[3]

Please get in touch with us at mail@kustomrama.com if you have additional information or photos to share about The Old School Chevy.