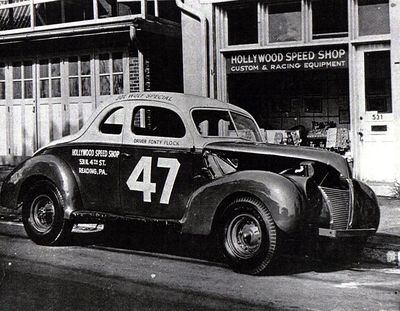 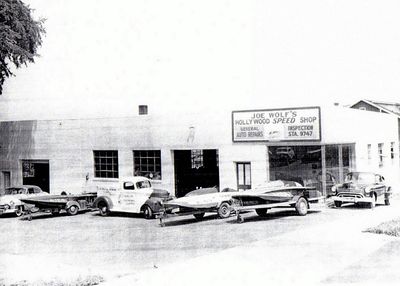 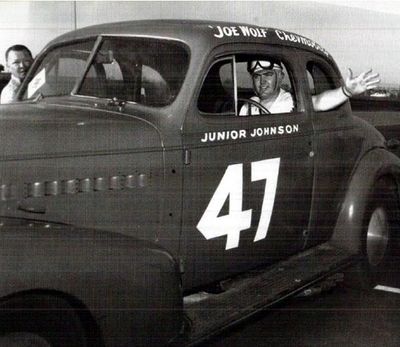 Joe Wolf and Junior Johnson in the 47 Backseat Bomber. 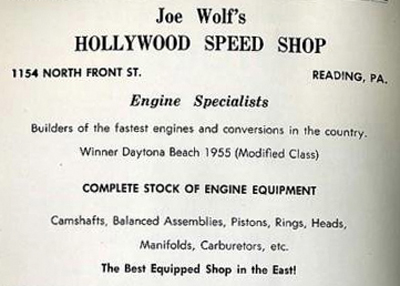 An ad from the Official 1955 Reading Motorama Program. 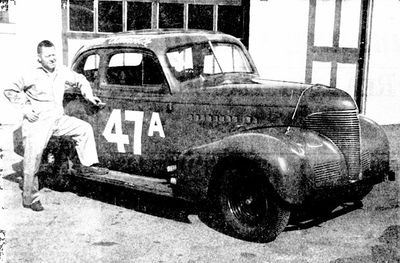 Tim Flock's NASCAR outside Joe's shop in Reading in 1956. 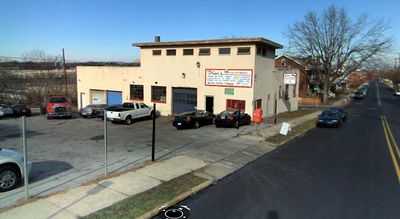 Joe Wolf was born 1910 in Reading, Pennsylvania. He attended the General Motor Institute at Lansing, Michigan and from 1940 to 1946 he was employed by the Lockheed Aircraft Corp. in Burbank, California. In 1942 he worked with Howard Hughes as a consulting engineer in preparation of the first flight of the Lockheed Constellation aircraft.[1]

Joe returned to Reading, PA and opened up his "Hollywood Speed Shop" at 541 N. 4th Street. In 1949 Bill France Sr. of NASCAR asked Joe to build him an IndyCar but Joe couldn't commit because he was in the process of moving his garage to a new location. The shop was relocated to 1154 North Front Street where he remained in business until his death on October 20, 1966.[1]

Joe was an internationally top rated mechanic and expert on racing engines. He also took to the cockpit and was a stock car and hydroplane pilot along the Atlantic seaboard for many years, winning the Hydroplane Eastern Regional Championship in 1956.[1]

Joe's car won the 1949 NASCAR Modified Championship with driver Fonty Flock at the wheel. His cars raced on the Daytona beach course throughout the 1950's winning in 1956 with Tim Flock. Junior Johnson later drove for him. His #47 "Chevmobile" was known as the "backseat bomber". In order to achieve a more even weight distribution, better balance and traction, he moved the engine back 26 inches. This forced removal of the front seat and put the driver in the back seat. Spectators said it looked as if nobody was driving the car as it sped by. After winning at Daytona in 1956 Tim Flock said "Take this thing home and wrap it in cellophane and don't let anybody touch it. It's the hottest car I have ever seen."[1]

Please get in touch with us at mail@kustomrama.com if you have additional information or photos to share about Joe Wolf's Hollywood Speed Shop.