Difference between revisions of "The Willard McPhatter Jr. Photo Collection" 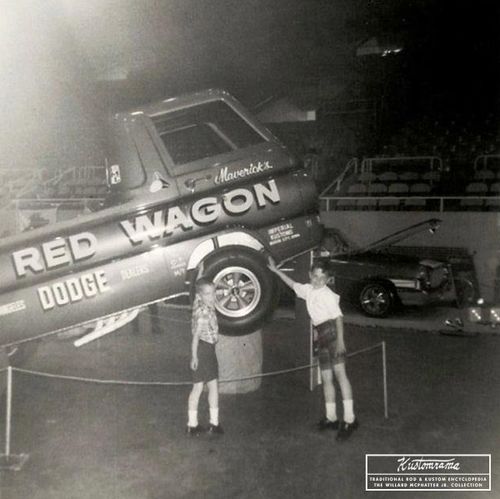 A photo of Cory and his brother Andy with the "Little Red Wagon." Photo by Willard McPhatter Jr., courtesy of Cory Vaughn. 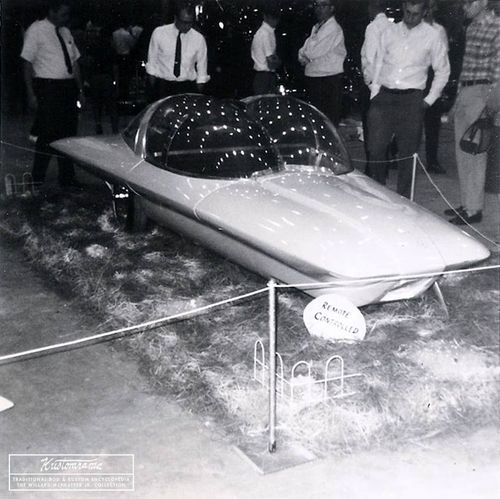 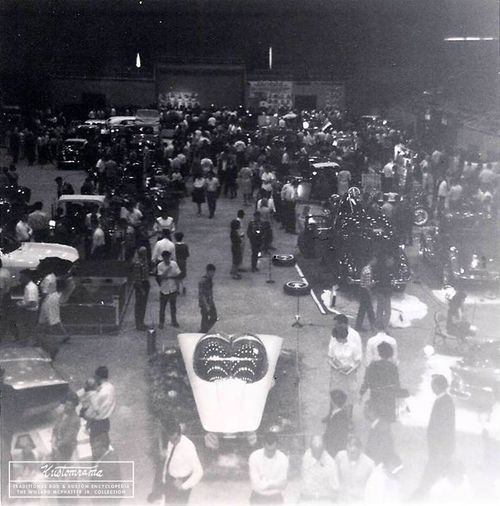 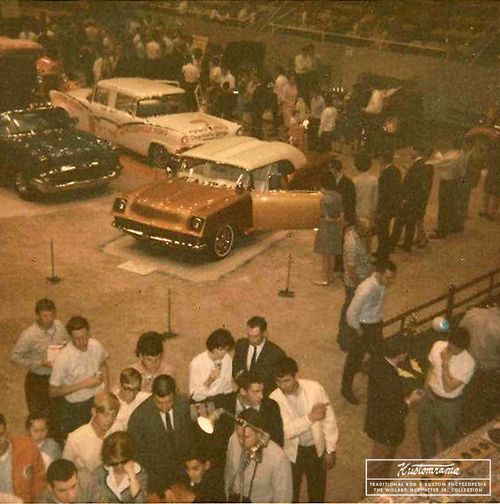 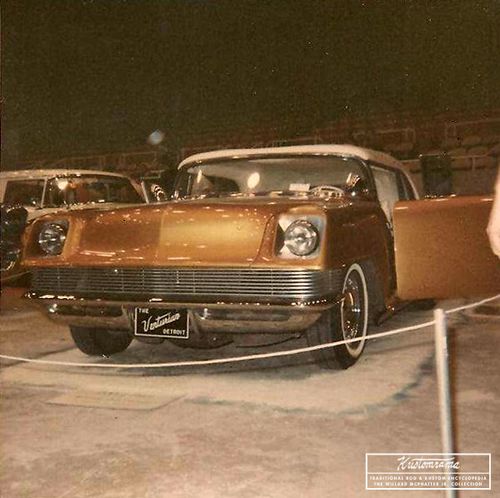 The second iteration of Bobby Massaron's 1956 Chevrolet Convertible. Restyled by the Alexander Brothers, the car is also known as the "Venturian." Photo by Willard McPhatter Jr., courtesy of Cory Vaughn. 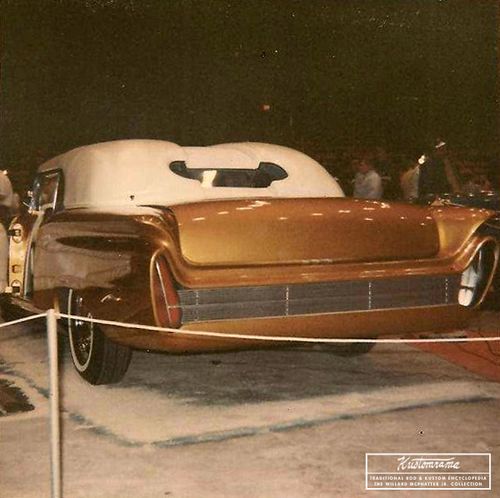 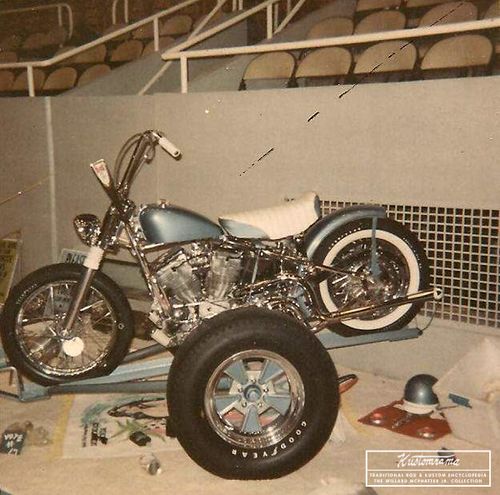 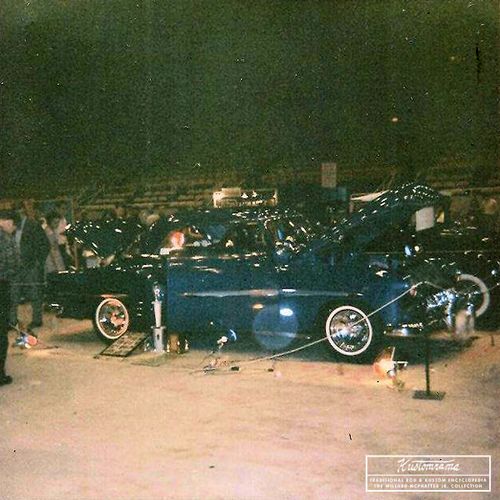 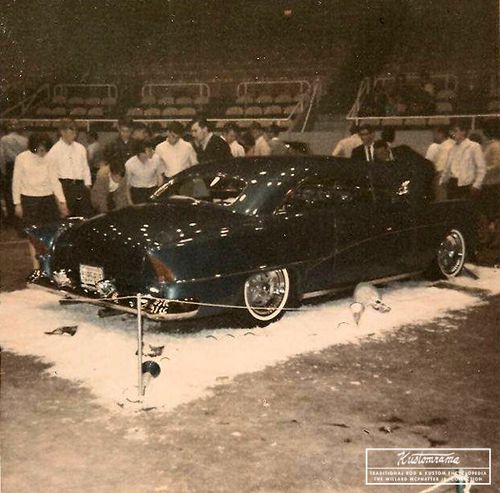 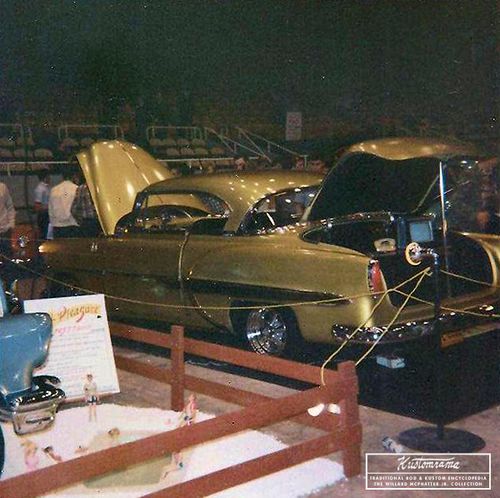 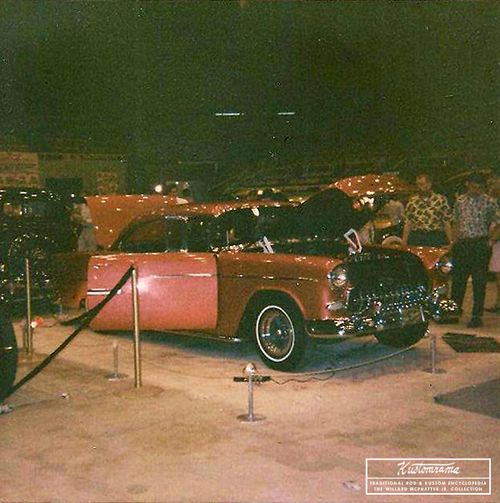 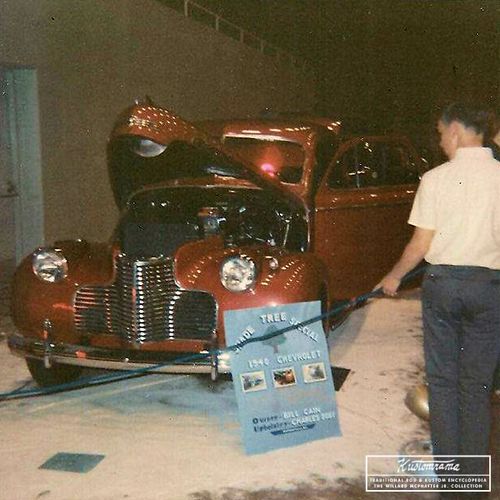 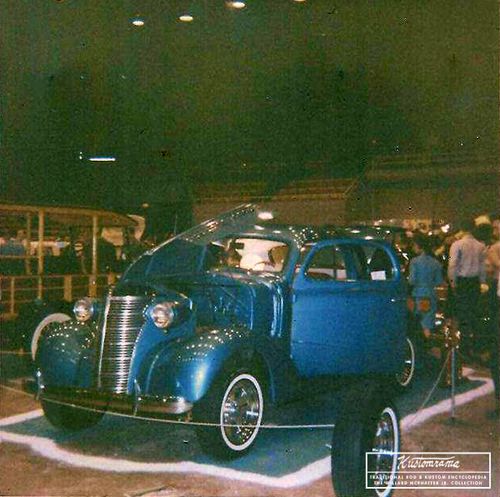 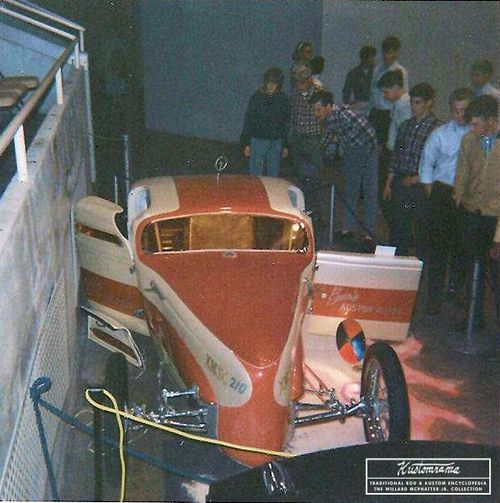 Art and Lloyd Chrisman's 1930 Ford Coupe as it appeared after George Barris had purchased it and turned it into a show cae. Photo by Willard McPhatter Jr., courtesy of Cory Vaughn. 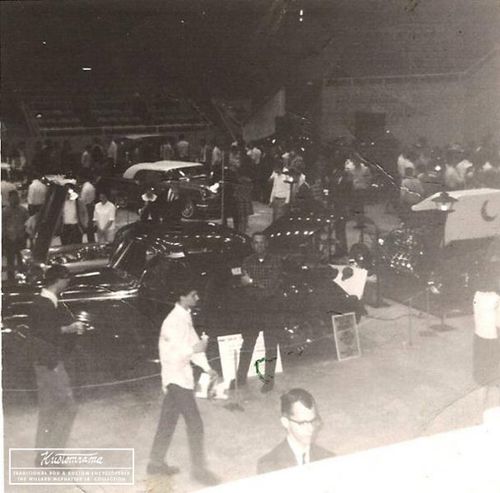 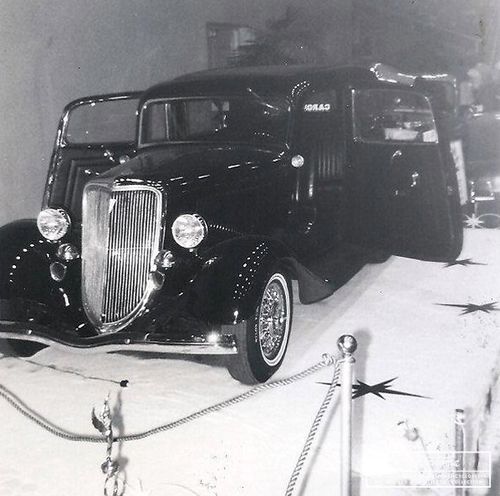 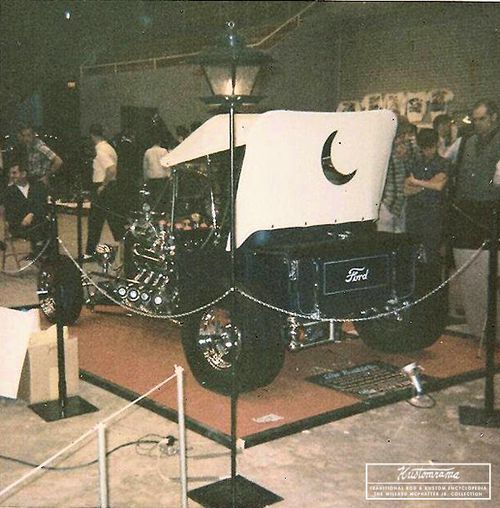 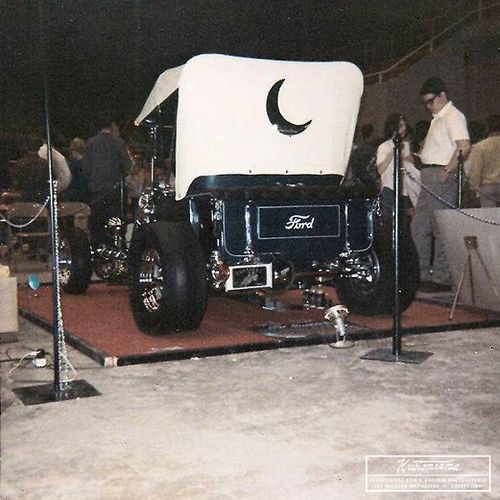 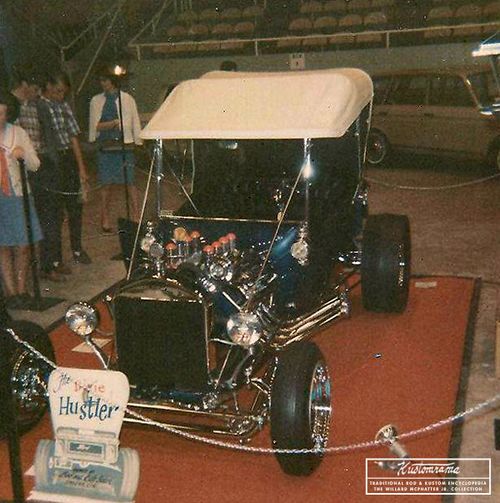 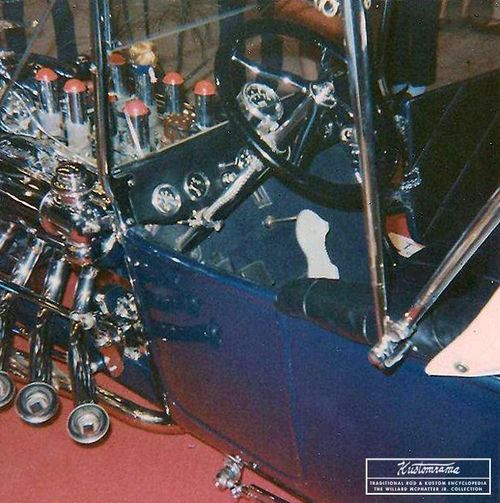 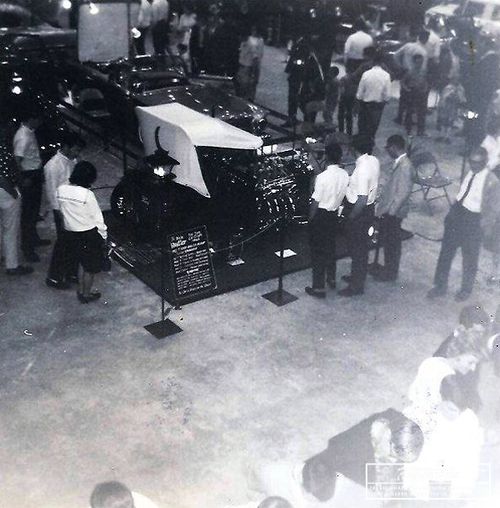 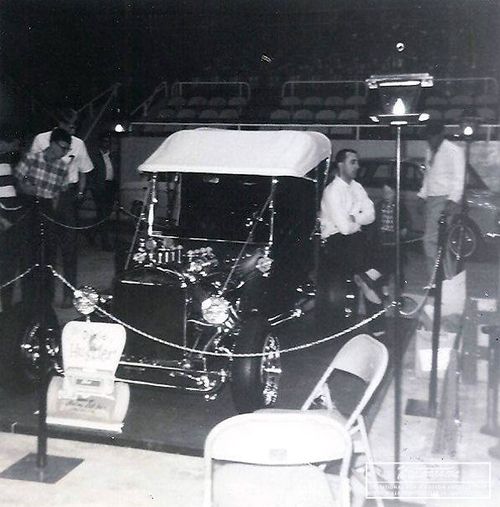 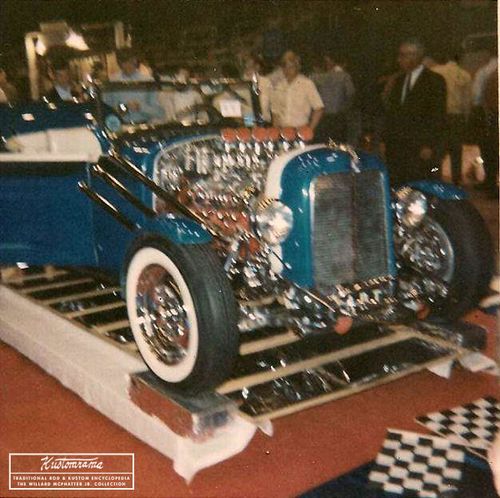 Willard McPhatter Jr. took these photos at the Charlotte Coliseum Car Show in 1964 and 1965. Willard is Cory Vaughn's uncle, and the Charlotte Coliseum Car Show, is the first show he and his brother ever attended. Cory inherited old car magazines and model cars from his uncle. He kept everything perfect and wouldn't glue the models together or paint them. According to Cory, Willard was always a car guy, "my dad said he and my grandfather had a 34 5 window in the back yard that they never got on the road in the fifties, but he always had a string of neat cars from a 75 dollar 32 3 window, to a 66 Nova LS-7, that would kick ass. He would take us to shows, hobby shops, and eventually to go see American Graffiti in that car, along with occasional street race!" Cory came across these photos as they were cleaning up his uncle's stuff. He has been kind enough to share the photos with Kustomrama. "There aren't a lot of pics floating around of this annual shows," he tells us, so I hope you all enjoy them.

Please get in touch with us at mail@kustomrama.com if you have additional information or photos to share about Difference between revisions of "The Willard McPhatter Jr. Photo Collection".