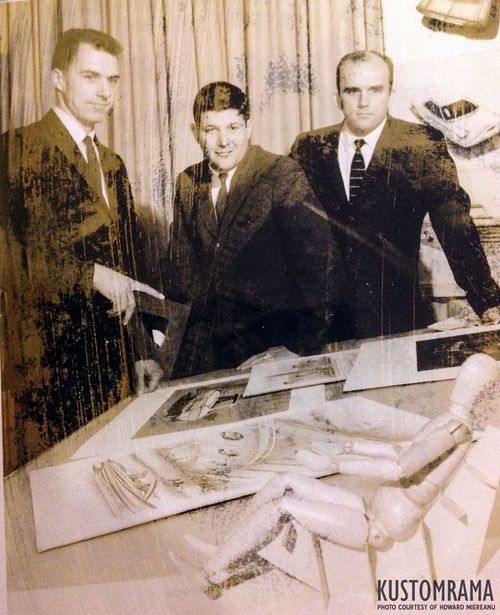 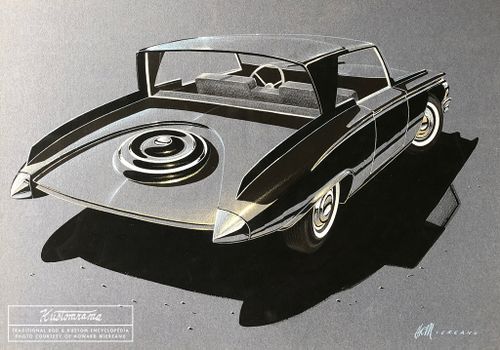 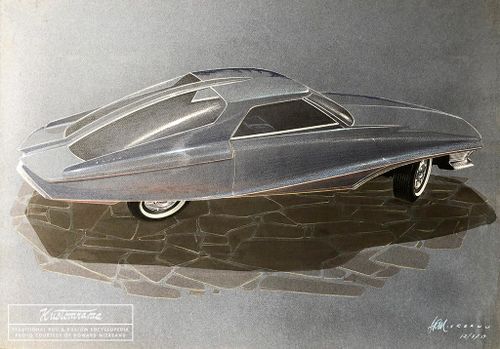 A Buick design proposal that Howard made in 1959. "As far as I can remember this split-window coupe was designed while I was still in the orientation studio just before being assigned to one of the advanced design studios. It was not for any particular division, but I think the design staff at Corvette took a close look at it. I later was put into the Corvette studio, as a design team member, for a short period of time." Photo courtesy of Howard Miereanu. 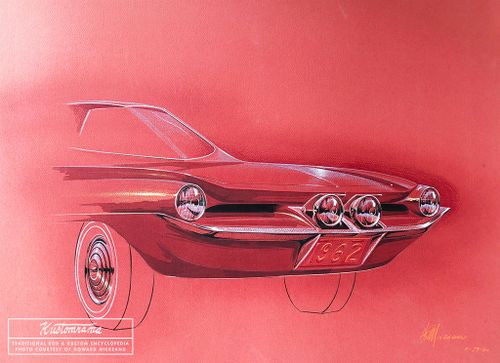 An early proposal for a 1962 Buick Concept Car that Howard did. "The pop up driving lamps looked good," Howard told Kustomrama, "but were not the best idea being placed in the bumper. But as designers, we tried all sorts of outlandish things. It was set up for a smaller sports vehicle. It never went any further than a sketch."