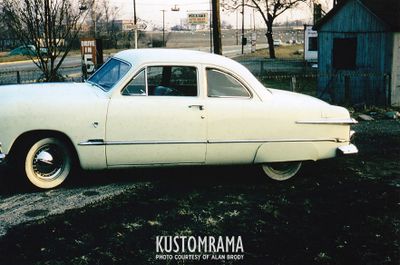 An early photo of Ron's Ford. The color is Seafoam Green, and the front hubcap is the only thing on the car that isn't stock. Photo courtesy of Alan Brody.

Ron's Ford as it appeared when it was featured in Trend Book 156 Custom Cars 1958 Annual. This photo was taken at the 1956 Cavalcade of Customs in Cinncinati, where the car won the best custom award. Photo courtesy of Motor Trend. 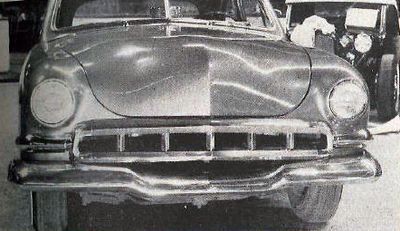 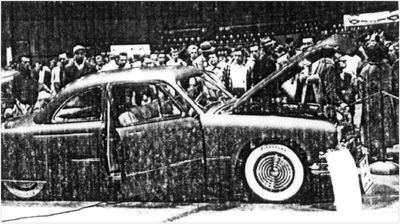 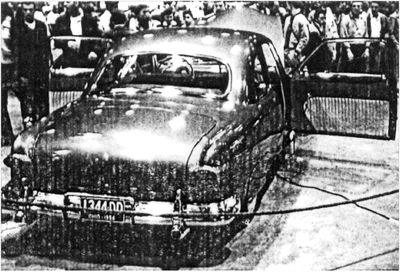 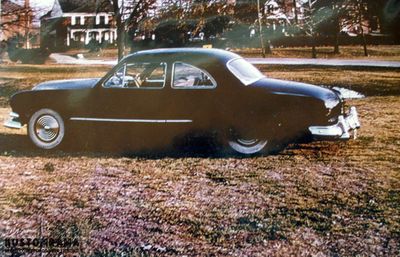 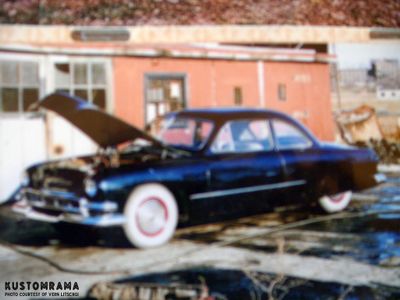 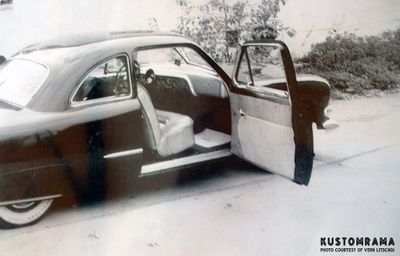 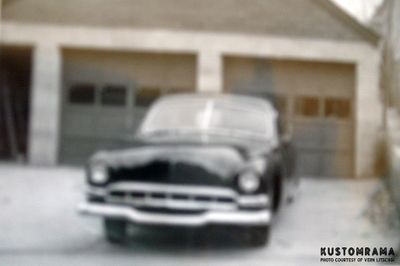 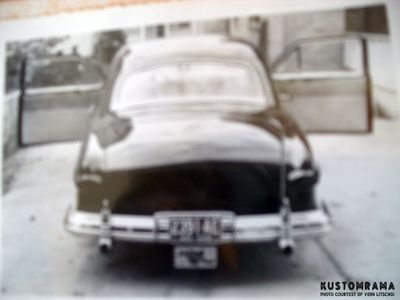 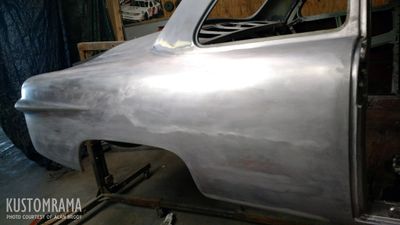 A photo of the Ford as it sat in August of 2016. Photo courtesy of Alan Brody.

1951 Ford Club Coupe owned and restyled by Ron Hart of Cincinnati, Ohio. When Ron bought the car, it was Seafoam Green.[1]

Built in 1954, the body on Ron's Ford was sectioned 4 inches. The top was kept un-chopped. Up front the hood corners were rounded, the center of the hood was peaked and smoothed, and a Canadian Ford grille was installed along with a Lincoln bumper.[2]

In 1956 the car was shown at the Cavalcade of Customs in Cinncinati. At the show it won the best custom award.

Sometime in the 1980s the car was crashed and got an extensive front end damage. After the accident, Ron Hart sold the car to Michael O'Brien. Michael repaired it, but bad luck stroke again, and the car was crashed again in the mid 1980s. After the second accident, the car was placed on a storage lot in southwest Cincinnati, near the Ohio river. The old custom stayed in storage until the early 1990s when Michael moved it to his new home in Cincinnati. Michael kept the car until he passed away in 2011.

After Michael's death, the estate went up to auction in May of 2012. Michael Whitney, a friend of Ron Hart, bought the old custom and delivered it back to the Hart family. In April of 2013, Vern Litschgi of West Harrison, Indiana bought the car from Ronnie Hart, the son of Ron. At the time the car was in need of a total restoration, after being exposed to elements for many years. The sectioned body, rounded doors and deck lid were still in tact, and in a very good condition. After buying it, Vern had the body and frame media blasted and primed in prep for a restoration. In July of 2013, Vern advertised the car up for sale on eBay, hoping that someone would buy the car and restore it back to it's original custom configuration.

Please get in touch with us at mail@kustomrama.com if you have additional information or photos to share about Ron Hart's 1951 Ford.