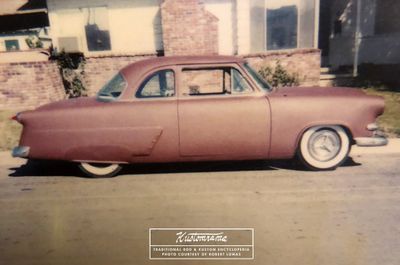 A photo of the Ford taken in Rosemead, California in the mid-1980s. Photo courtesy of Robert Lomas. 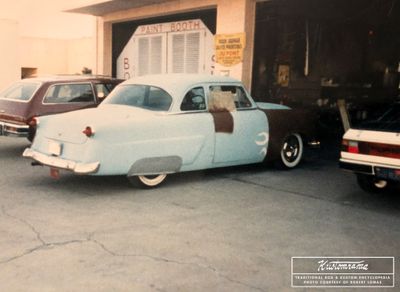 Another photo from the mid-1980s. This was taken at a body shop where Robert worked at while he was in high school. Photo courtesy of Robert Lomas. 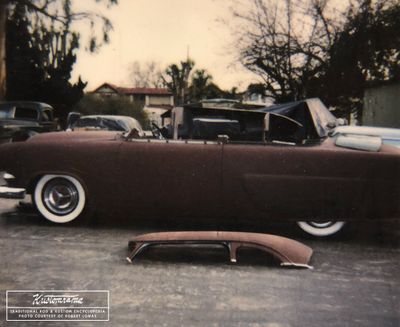 A photo taken during the chop. Robert believes this had to be around 1987-1988. Photo courtesy of Robert Lomas. 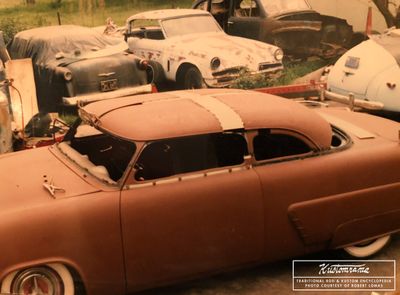 Another photo taken during the chop. Photo courtesy of Robert Lomas. 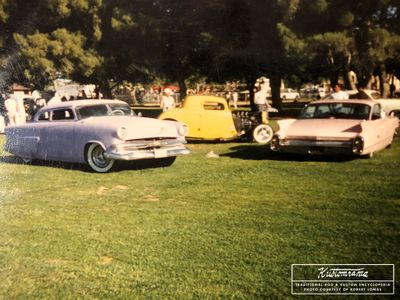 Cruisin' Nationals in Paso Robles in 1988 or 1989. "My car hadn't been chopped very long," Robert told Sondre Kvipt of Kustomrama in 2019. The 1934 Ford belonged to Rudy Rodriguez, and the 1960 Cadillac belonged to Jim Chandler. Robert went on to own and later sell that '34. Photo courtesy of Robert Lomas. 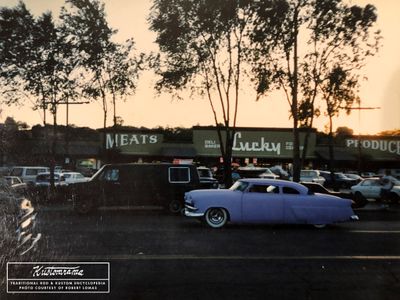 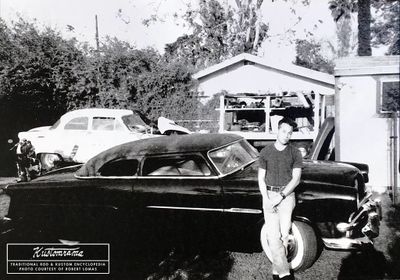 A photo of Robert with the Ford taken in the early 1990s. Photo courtesy of Robert Lomas. 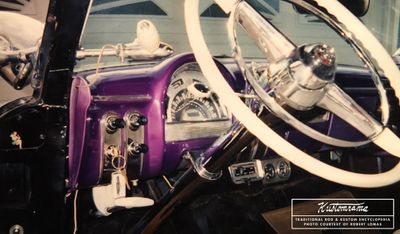 An interior shot taken sometime in the mid-1990s. Photo courtesy of Robert Lomas. 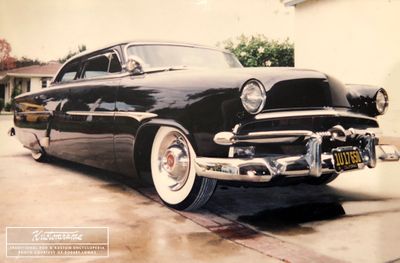 A photo of the car taken around 1997. "In its better days," according to Robert. Photo courtesy of Robert Lomas. 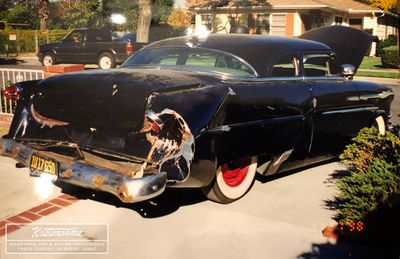 In 1998 Robert was hit in the rear by a drunk driver as he was leaving the Doll Hut in Orange County. "I replaced the 1/4 panel right away but lost interest and it’s been parked since." Photo courtesy of Robert Lomas. 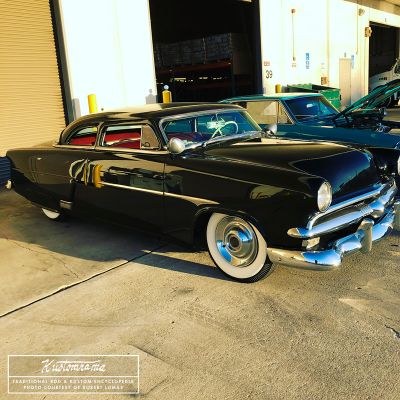 Robert's Ford as it appeared in 2019, when he got it back on the road again. Photo courtesy of Robert Lomas. 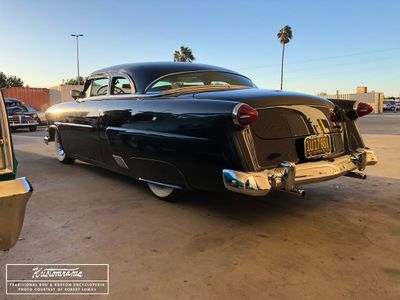 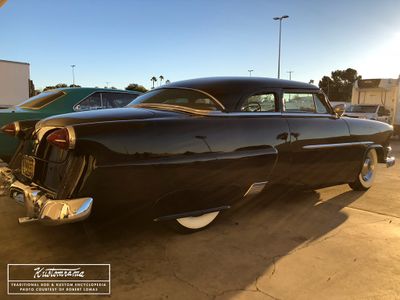 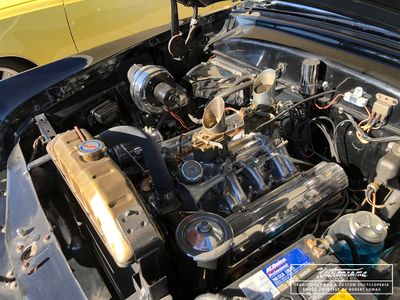 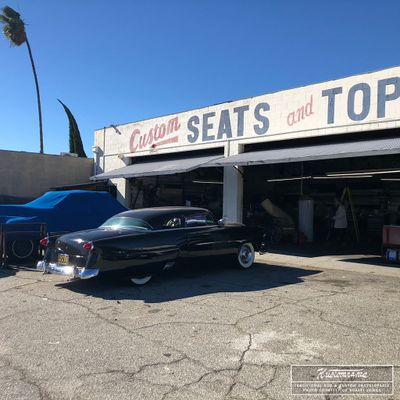 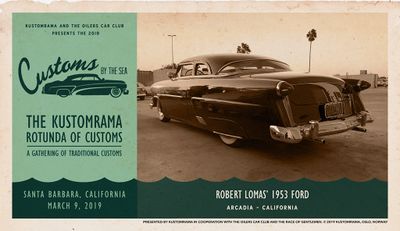 Robert's Ford was one of the Featured Registrations for the first Kustomrama Customs by the Sea car show in Santa Barbara, California. The show was held March 9, 2019. 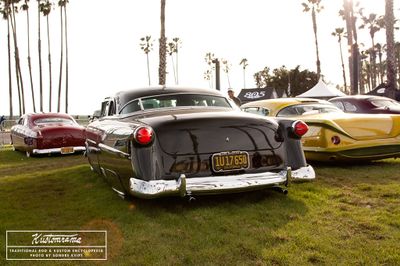 Robert's Ford in good company at the 2019 Customs by the Sea car show in Santa Barbara, California. Photo by Sondre Kvipt - Kustomrama.

Robert bought the car in the mid-1980s, and in 2019 he told Sondre Kvipt of Kustomrama that it had been mildly customized sometime in the past; "It was nosed and decked when I got it. I chopped the top, frenched the headlights, shaved the factory body moldings, installed 1953 Packard side trim and 1956 Oldsmobile taillights." It was dressed up with 552 Appletons, Firestone whitewall bias ply tires and 1948 Cadillac Sombrero hubcaps. Inside, it received a tuck n roll upholstery. De-arched rear springs and cut coils up front gave the car a proper stance. Power came from a 1954 Cadillac mill that was hopped up with a dual quad Offenhauser intake. The engine was hooked to a Hydromatic 4-speed transmission.[1]

An early iteration of the car hit the road in 1989. Photos from the early 1990s show it in Grey primer. Later on, it received a gloss Black paint job.[1]

In 1998 Robert was hit in the rear by a drunk driver as he was leaving the Doll Hut in Orange County. "I replaced the 1/4 panel right away but lost interest and it’s been parked since." After 20 years in storage, Robert got the car back on the road in 2019. Due to rodent damage, he had to do some upholstery work on the car.[1]

Please get in touch with us at mail@kustomrama.com if you have additional information or photos to share about Robert Lomas' 1953 Ford.