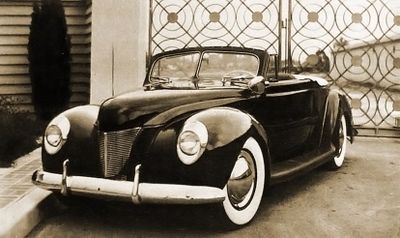 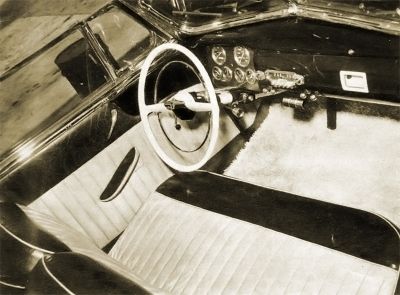 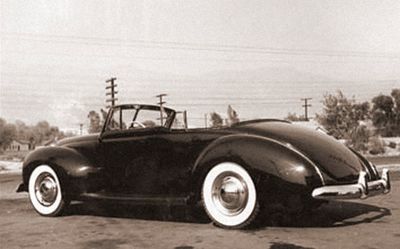 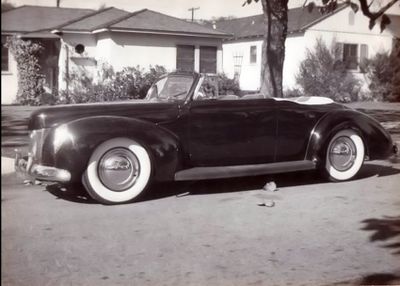 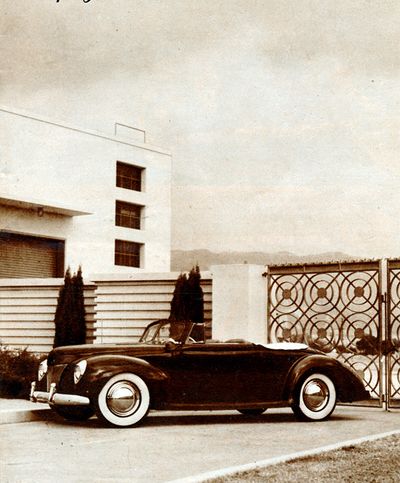 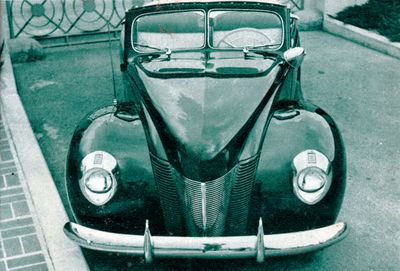 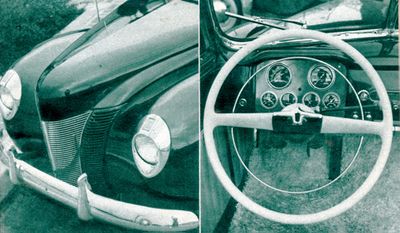 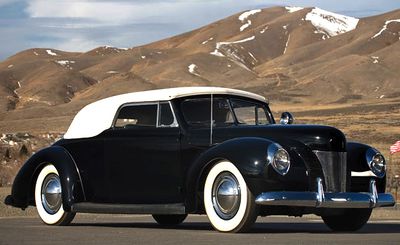 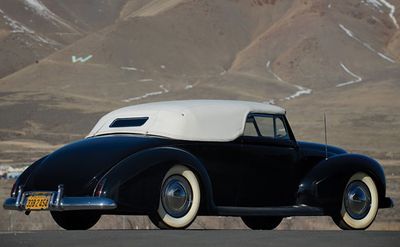 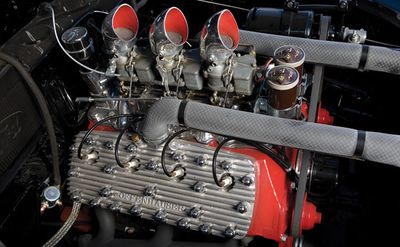 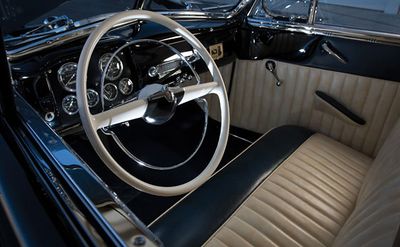 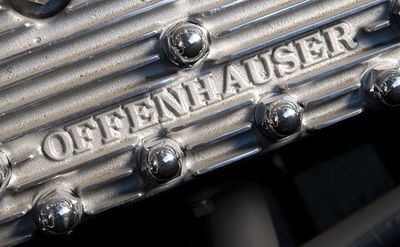 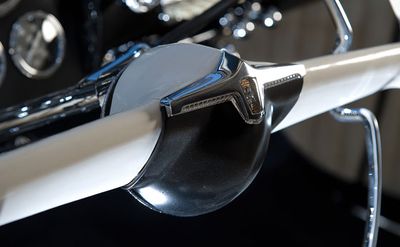 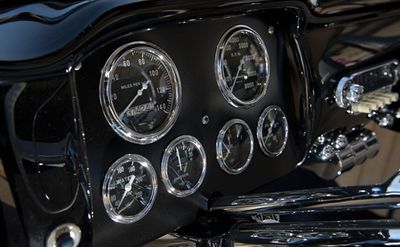 1940 Ford restyled by Valley Custom for Ralph Jilek of North Hollywood, California in 1948. Ralph's Ford was one of the first and subsequently most famous Valley Custom creations. The car was chopped, channeled, and sectioned under Ralph's directions. A four inch section was removed from the hood sides, the doors, and rear quarter -panels. The fenders were raised. In order to lower the car further Neil and Emory installed a dropped front axle, and created a 5 inch kickup in the rear frame. While this work was being done, the springs were sent out to have the eyes reversed. The front springs were dearched 1 inch. At this point Jilek discovered that the front wheels rubbed on the fenders when a turn was made up an incline. So in order to fix this the wheel openings in the front fenders were raised 2 inches. [1]The stock taillights were replaced by slim 1941 Studebaker taillights. Both rear and front bumpers were replaced by 1946 Chevrolet bumpers. The license plate brackets were from a 1949 Chevrolet. Most of the trim was shaved, and the car was nosed and decked, and the hood was peaked. Ralph was not satisfied with the stock instrument panel, and altered it to accommodate 6 Stewart-Warner instruments [tachometer, speedometer, oil pressure, water temprature, fuelgauge, ammeter, and a 1950 Ford radio. The windshield frames and garnish molds were chromed, and an addition below the garnish mold on each side blended into the instrument panel. The interior was upholstered by Floyd Tipton of Burbank, California in blue and white leatherette.[1] Carson Top Shop provided the car with a lift-off padded Carson Top. Jilek told Hot Rod’s editors that he had been planning to buy a new model car, “… but Detroit had nothing I liked at their price.” Therefore, he used his new-car savings to build the custom, noting that the process took two years to complete. His car was Hop Up Magazine’s “Custom of the Month” in February 1952, enhancing Valley Custom’s already formidable reputation. It is important to note that Jilek’s convertible was finished in jet black lacquer, a color that will reveal the tiniest flaw, of which there were none. That took confidence, but that skill level was what distinguished Valley Custom’s work.[2]

When Ralph died in 1966, Clay Jensen of Valley Custom Shop acquired the car from Jilek's mother.[3] After owning it for 25 years he sold it in disrepair to his son Ron Jensen, who subsequently sold it to Don Orosco. Unwilling to undertake another major rebuild, Orosco sold the Jilek ’40 to its next owner, former Indianapolis and Trans-Am racer Tom Gloy, who commissioned a painstaking, ground-up restoration by Steve’s Auto Restoration that was completed just in time for its debut at the 2005 Pebble Beach Concours.[2]

Please get in touch with us at mail@kustomrama.com if you have additional information or photos to share about Difference between revisions of "Ralph Jilek's 1940 Ford".