Difference between revisions of "Mooneyes Dragster" 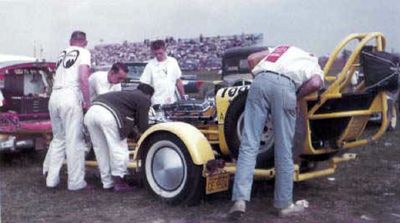 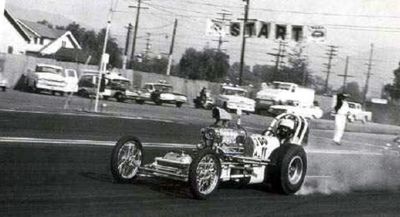 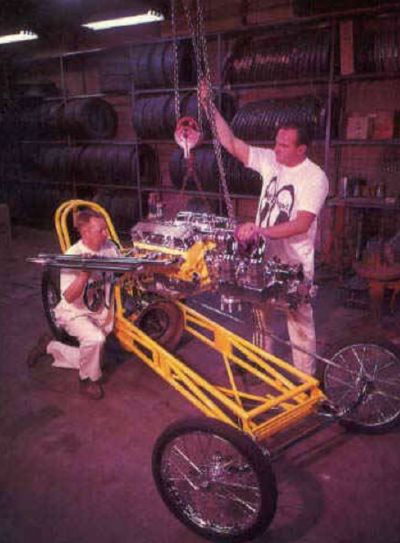 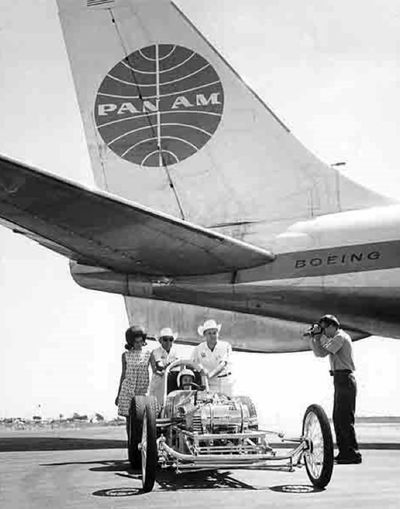 In 1963 the Mooneyes Dragster was shipped to UK. 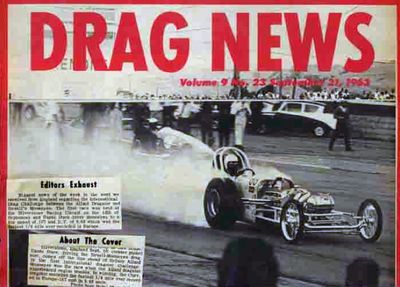 The dragster in UK.

The Mooneyes Dragster is a dragster owned, built and raced by Dean Moon. In 1961 Dean gained national attention when he built the famous Mooneyes Dragster. Built from a Dragmaster Chassis Kit, the dragster was built as a test-bench and promotional tool. It was initially powered by a Potvin blown Chevy, and at its first outing in 1961 it went 147 mph at 10.29 seconds. In 1962 the dragster was changed to a top mounted blower. Gary Cagle drove it 153.06 mph at 9.52 seconds, and won the Middle Eliminator at the Winternationals.

In 1961 Sydney Allard built the first US inspired dragster of the UK. After completing The Allard Chrysler Dragster, Sydney invited Dean and the Mooneyes Dragster to come to the UK to race.[1]

Please get in touch with us at mail@kustomrama.com if you have additional information or photos to share about Difference between revisions of "Mooneyes Dragster".