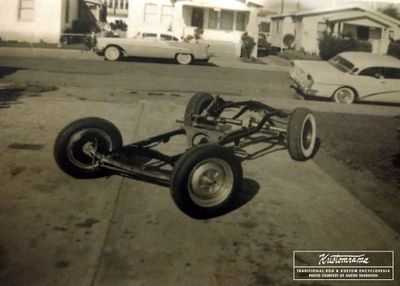 A photo of the chassis taken in the 1950s. The photo is taken in the front yard of the same house where Austin Thornton purchased it in 2019. "It has a very low quickchange and a moly tube chassis that is running friction shocks and a Frankland cowl steering box," Austin told Sondre Kvipt of Kustomrama. Photo courtesy of Austin Thornton. 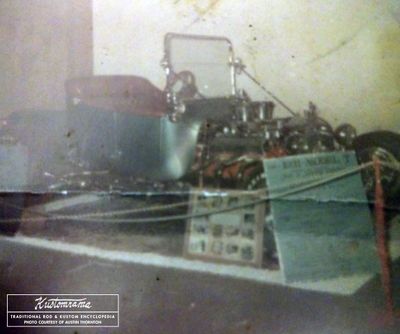 Another old photo that the seller of the car gave Austin after he had purchased it. Photo courtesy of Austin Thornton. 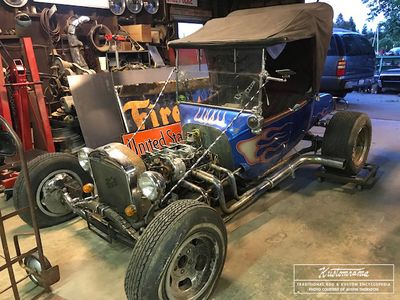 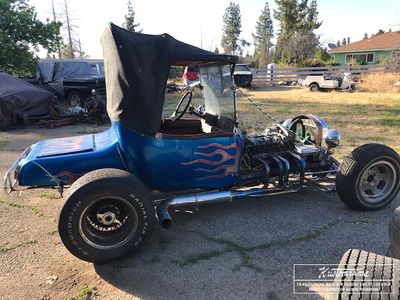 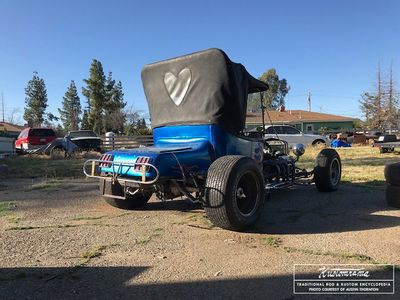 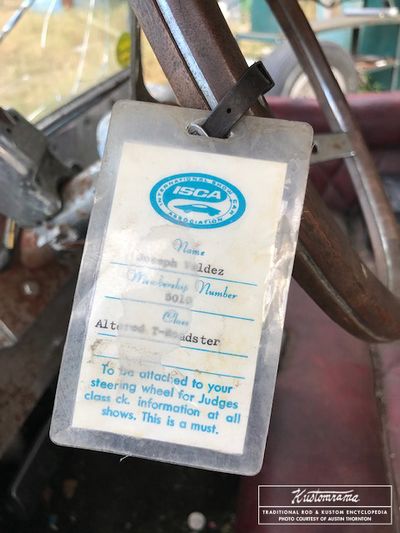 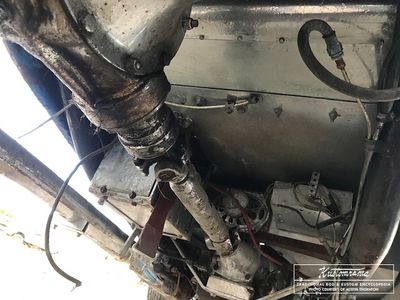 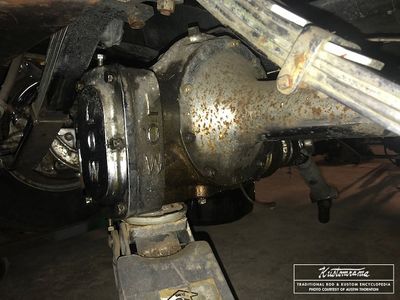 Early photos of the car show it featuring a blue faded paint job. I went through several iterations before it was eventually put in storage in the late 1970s. At the time every nut and bolt had been chromed, and it featured chromed floor pans and a fully chromed undercarriage.

Austin Thornton purchased the old hot rod in Oakland, California in 2019. The guy he purchased it from knew nothing about its history, he had just bought the house where the car was sitting in the garage. "The yard was full of cars and he pushed the T-bucket out of the garage where it sat for a year," Austin told Sondre Kvipt of Kustomrama in September of 2019. Sitting outside, the blower and valve covers were stolen for aluminum scrap. "He cleaned out the house where he said there was a room full of trophies and parts from the T-bucket, which he threw in the trash. He ended up finding two pictures of it a couple months later in an old cabinet that shows the car's chassis with a mid-plate and center steering sitting in the front yard at the same house where I purchased it." The seller told Austin that the owner's son said it was a race car along time ago. He also told him that the original owner's name was Joe Valdez. Searching the web for photos of the car, he came across a couple from James Handy's old albums, taken at the Oakland Roadster Show between 1973 and 1977. The photos showed a couple of different iterations of the car, but none in its current configuration with a flame paint job running a blower and a fully polished automatic transmission.

In 2019 Austin wanted to clean the car up as good as he could without changing anything except for the missing blower and valve covers, showing it for some time. Long term plans include maybe restoring it back to its race days or early show car days.

Austin is currently researching the history of the old Oakland hot rod, looking for photos of the car back in its racing days. "It has a very low LOW quickchange and a moly tube chassis that is running friction shocks and a Frankland cowl steering box." It had a full race flathead, and by looking at the photos and the parts on the car Austin believes it was raced sometime in the 1940s, running the Eddie Meyer 1936 Ford Flathead. Austin also thinks Joe purchased the car in the 1950s as a race car, taking it apart in the mid to late 1950s to turn it into a show car. Please get in touch with Kustomrama at mail@kustomrama.com if you recognize the car and have more info to share about it.

Please get in touch with us at mail@kustomrama.com if you have additional information or photos to share about Joe and Jerry Valdez's 1921 Ford.