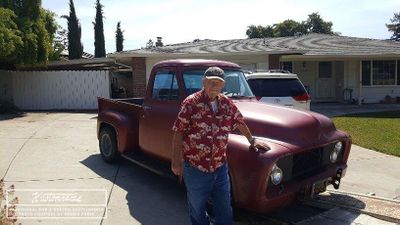 A photo of James with the truck. Photo courtesy of Henrik Forss. 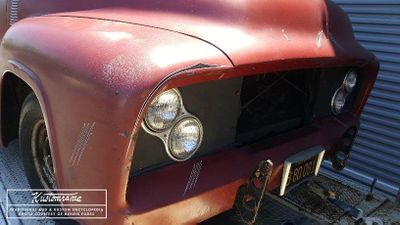 The truck as it appeared in 2020, when it was advertised for sale. Photo courtesy of Henrik Forss. 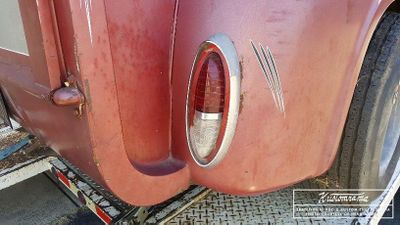 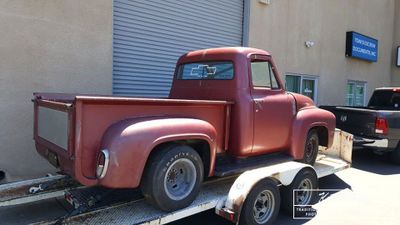 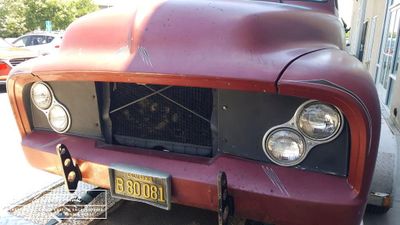 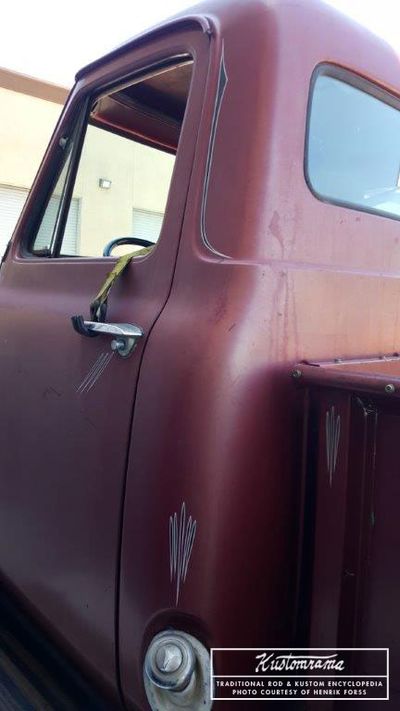 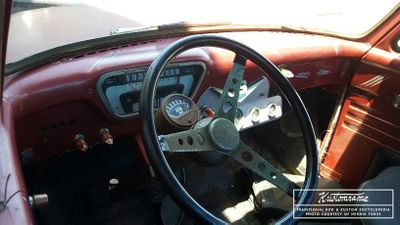 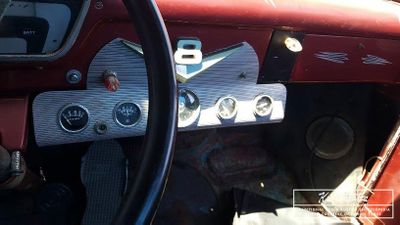 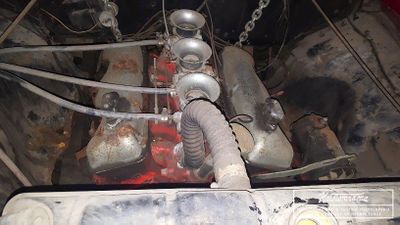 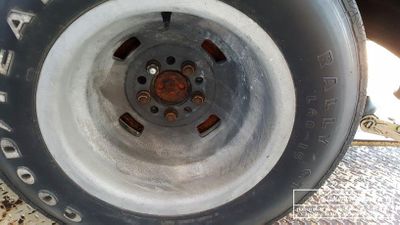 1955 Ford F100 truck owned by James Elmer Koski of Hayward, California. Koski's truck was built and raced in the 1960s. Powered by a healthy 348 cu in Chevrolet engine with three carbs it was supposedly clocked in at 106 mph.[1]

In March of 2020, the truck was advertised for sale. It had not been driven since the Vietnam War started, and was missing the transmission. It appeared to have an Olds or Pontiac rear end. The front end had been modified to accept canted quad headlights, and the pinstriping was allegedly done in the early 1960s by a local talent that went by the alias "The Little Pinstriper." According to Henrik Forss, the truck has been kept inside for the past 50 years or so, and it is very solid.

Get in touch with kiwi37@att.net for more information about the car.[1]

Please get in touch with us at mail@kustomrama.com if you have additional information or photos to share about James Elmer Koski's 1955 Ford.