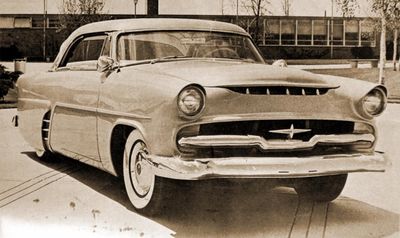 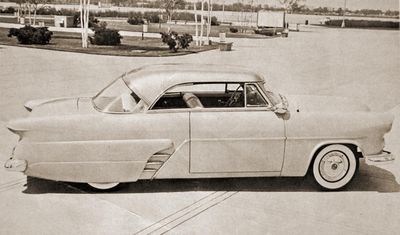 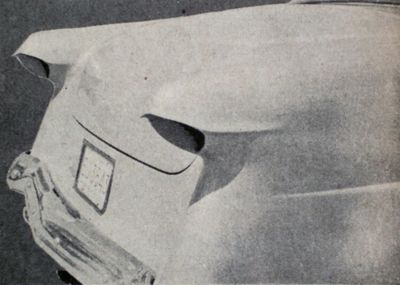 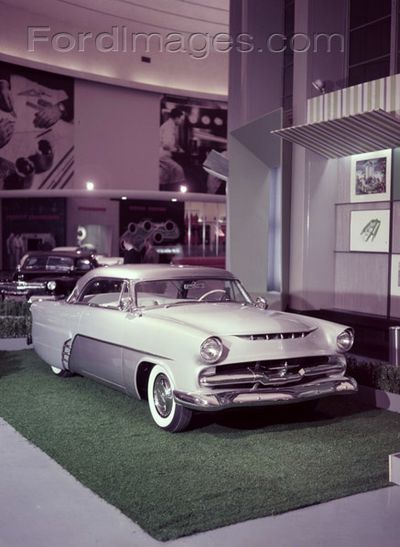 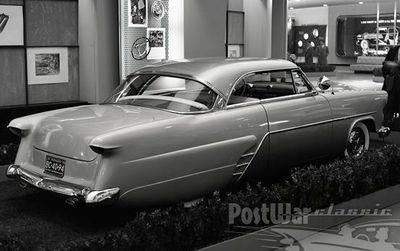 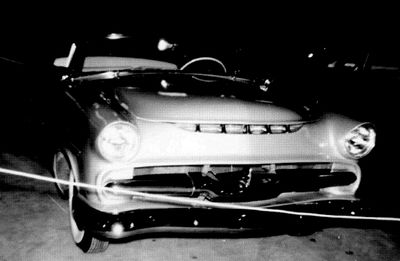 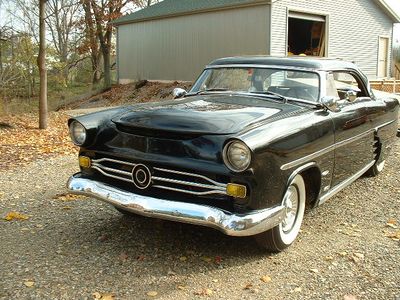 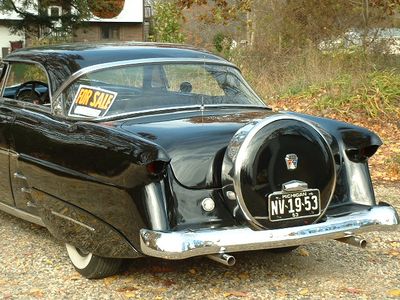 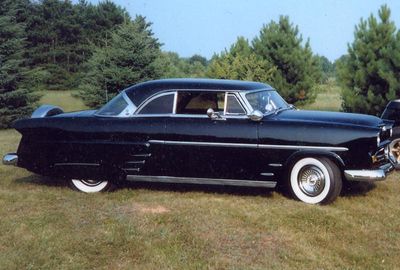 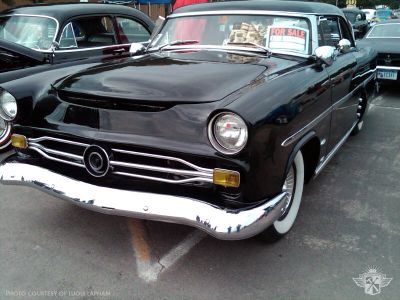 The Gilardone Ford at the 2011 Kalamazoo car show. Photo courtesy of Louis Lapham. 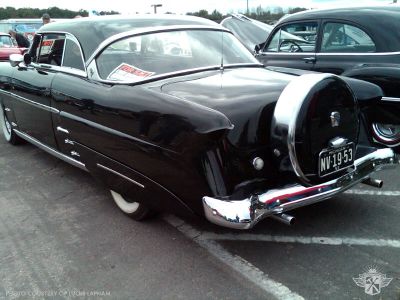 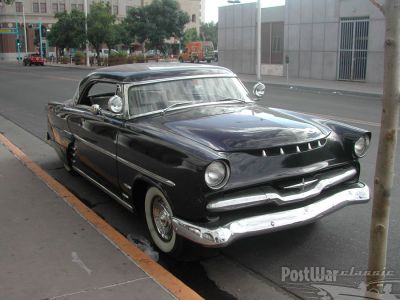 The Ford as it sat in 2012 when it was advertised for sale at Post War Classic. 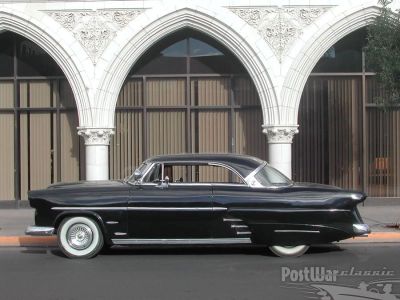 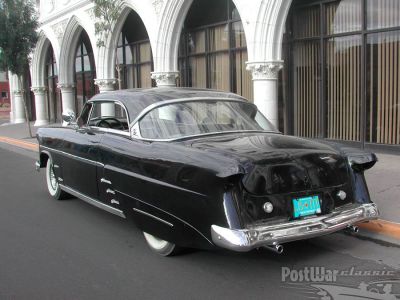 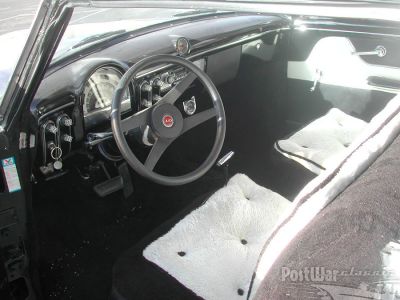 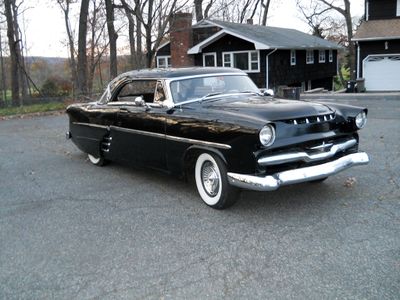 The Victoria as it sat in 2013, after Mikey Miranda of Bloomfield, New Jersey had bought it. Photo courtesy of Mikey Miranda, from Show off your car here. 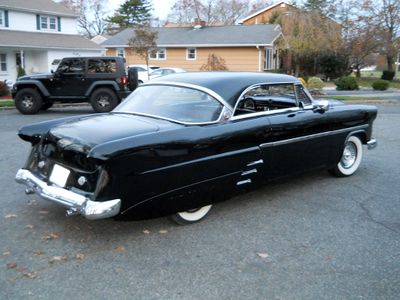 Photo courtesy of Mikey Miranda, from Show off your car here. 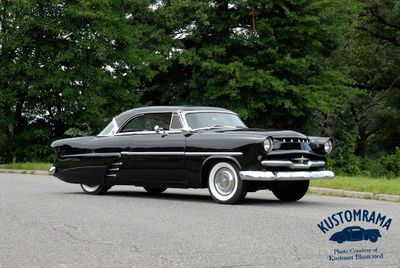 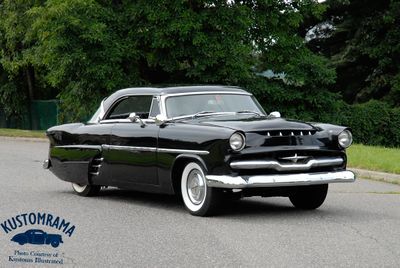 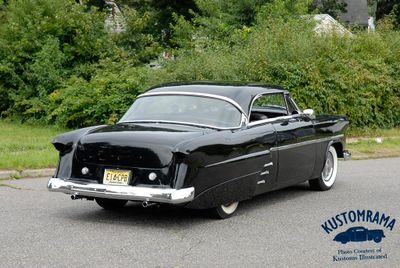 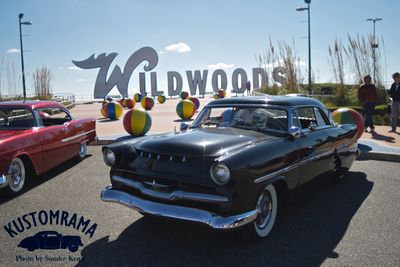 In October of 2014,The Queen of the Vics was one of the historic customs that was displayed at the fist Customs by the Sea car show in WIldwood, New Jersey. Photo by Sondre Kvipt - Kustomrama.

1953 Ford Victoria restyled by Clarkaiser Custom Shop for Frank and Charles Gilardone. Clarkaiser fit the car with a unique 1953 Ford Meteor grille assembly. The headlights were frenched and modified with handmade sheet-metal shades. Teeth from the upper bumper of a 1953 Mercury were installed inside the scoop in the hood. The front bumper was relieved of all trim. The taillight shades were also hand formed out of sheet metal. The rear license plate was inset into the rear deck panel. For a smooth look, the bumper guards were removed from the rear bumper.[3] The top on the car was chopped 2 1/2 inches. The restyling took place around 1953-1954. In 1955 the car was exhibited at Ford's own rod and kustom show at the Rotunda auditorium in Dearborn, Michigan.[1]This version of the car was painted black.[4] The car was also shown at the Rotunda in 1956. By then it had been painted silver.[5]

In 1975 Karl Gilewicz of Harper Woods, Michigan bought the car from a guy that lived far out on the 8 mile road in Detroit, Michigan. The old custom had been painted in gray primer, but it was still in its original custom configuration. It still had the stock Flathead V8 with a 3-speed manual transmission, and all of the chrome for the car was there with exception of the 1953 Ford Meteor grille. It still had the spotlights on, but the fenderskirts were missing. The doors were opened by solenoids, and as far as Karl could determine, the interior was still the original custom interior. The dash was original and unmodified, but painted in a sort of gunmetal gray as he could recall. Thinking back, Karl believes the front and back seats were done in either two tone dark blue and white or black and white rolls and pleats. The headliner was white with black piping. Karl was 18 years old at the time, and bought the car for $850.00. As the car would not stay running, Karl had to tow the old custom back home. He got the car running, and drove it around as weather permitted for about three years. Around 1979, he sold the car to a guy from Pontiac, Michigan.[6]

After selling the car, Karl saw his old Clarkaiser custom advertised for sale around 1988. It was listed in Detroit News, and Karl called the current owner. The seller was asking $10,000 for the car, and by then it had been fit with a continental spare and a late model V8.[6] In 1991 Rick Hines bought the car from a dealer in Jackson, Michigan. The car dealer had gotten it from another dealer in Detroit. By then it had been painted black and received a new grille treatment. The chrome trim was removed from the hood scoop. Rick later heard that the car had been sitting next to an old gas station for about 10 years before it was restored to its current condition. After installing new brakes, fuel pump, radiator and battery the car was back on the road again. Rick drove the old custom around for about 2 years before he put it in storage in a barn for about 15 years.[5] November 2007 Rick advertised the car for sale. The asking price then was 25 000 USD.[7]

In 2013 the Victoria was owned by Mikey Miranda of Bloomfield, New Jersey. While Mikey owned the car, it was featured as one of the historic customs at the first Customs by the Sea car show in Wildwood, New Jersey. In December of 2014 Mikey advertised the car for sale on eBay.[8]

Please get in touch with us at mail@kustomrama.com if you have additional information or photos to share about Frank and Charles Gilardone's 1953 Ford.