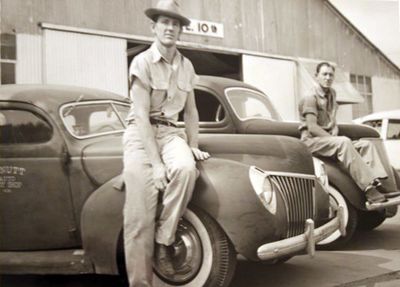 Bob with the coupe in 1957. Photo provided by Tony Duran. 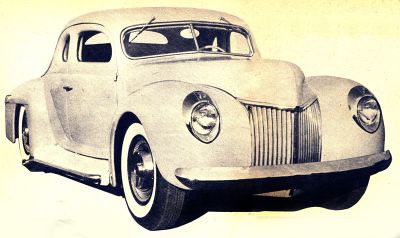 The car as t looked when it was featured in Custom Cars July 1960. Photo by Pat Brollier. 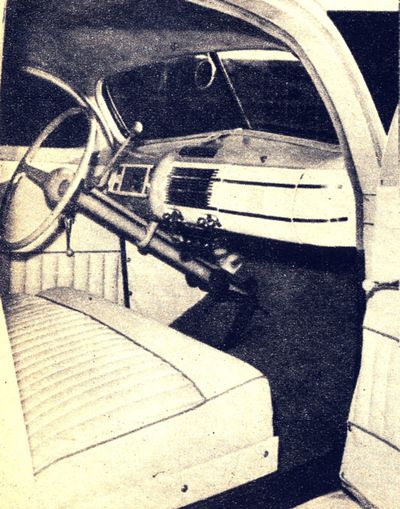 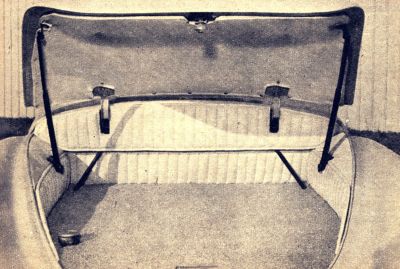 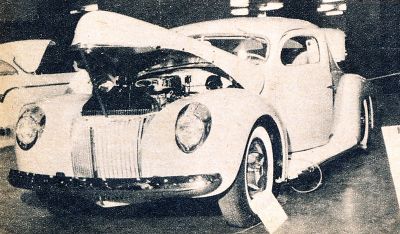 At the second annual Auto Capade in Kansas City, Missouri in 1960. Photo by Darryl Starbird. 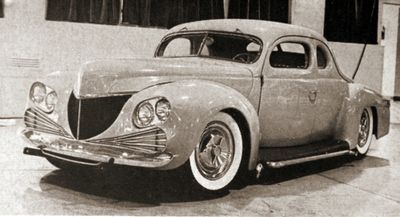 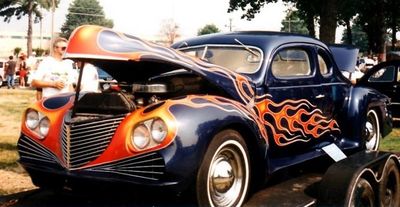 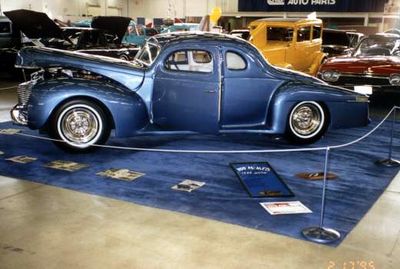 The coupe at the 1995 Dallas Autorama just after David Guymon had restored it. Photo by Calvin Mauldin.[2] 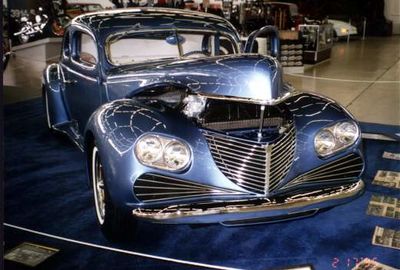 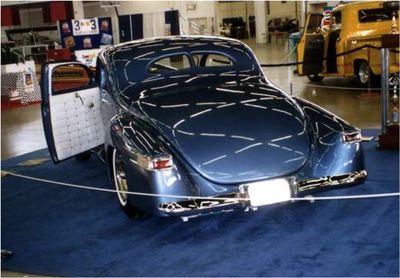 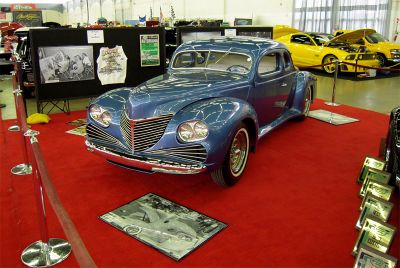 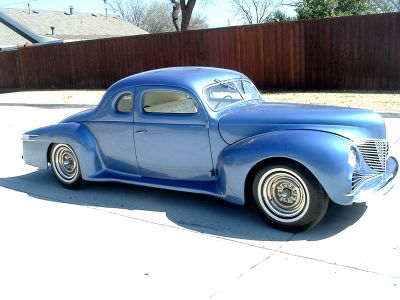 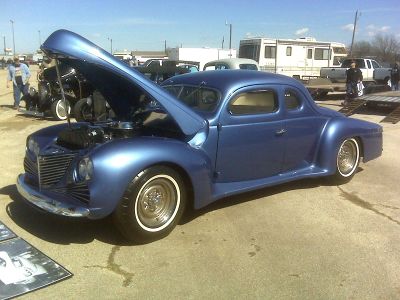 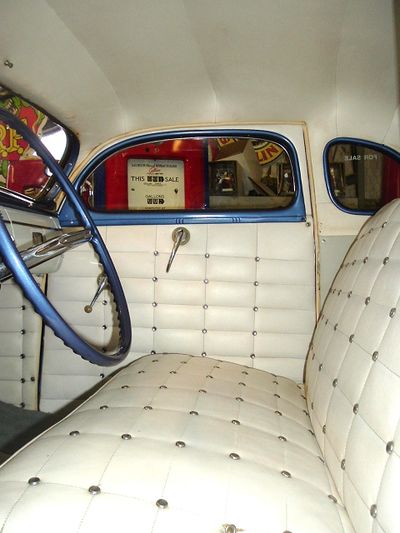 1939 Ford Coupe owned and built by Bob McNutt of Ada, Oklahoma. The car was built over a 4 1/2 years period. The first version of the car was featured in Custom Cars July 1960. By then the car had attended 4 shows, and brought Bob 4 first place trophies. One of these shows was the 1st annual Dallas Autorama. This version of the car was chopped 4 1/2 inches, and sectioned 5 inches. 4 1/2 inch shortened and 4 inch sectioned 1948 Lincoln quarter panels were molded on to the car, giving it an illusion of extreme length. The stock 1948 Lincoln taillights were retained. A shaved 1941 Mercury bumper was fit in the rear. License brackets on the rear were made from bumper guard components. The deck lid was shaved, and operated by a pull latch. Stock fenders and headlights were used up front, but the wheel wells were radiused. A shaved 1941 Mercury bumper was also chosen to protect the front of the car. Once the bodywork was done, the car was painted in an iris hued lacquer. Bob stitched the upholstery himself in Natural leather and white Naugahyde done in a pleat and roll manner. The ashtray was filled in, and the dash knobs replaced by 1949 Ford knobs. The trunk was upholstered in white Naugahyde by Ada Top Shop in Oklahoma. Ruel Hopper of Ada, Oklahoma made the blue carpeting for the trunk. [4]

After being featured in Custom Cars July 1960, the front was restyled drastically. Bob pancaked the hood, and the front fenders were modified to accept a pair of 1959 Chevrolet quad headlights with vent scoops. The stock grille was replaced by a grille handmade in copper, and chrome plated. Under the hood, the car was powered by a 1957 Chevrolet 283 Power Pack with a Rochester 4 barrel. The engine was hooked to a 1946 Ford 3 speed transmission. Bob handbuilt the adapter between the engine and transmission in order to save the $25 the adapter costed to buy. A 1940 Ford rear end and hydraulic brakes were used in the rear.[5]

In 1964 the car was retired and put in storage. The car was sold in 1976 and towed to a dirt floor barn were it sat untouched until 1994. In November 1994 David Guymon of Cartright, Oklahoma bought the car. David restored the car in 31 days, in order to exhibit it at the 1995 Dallas Autorama. The restored version was painted in a 1957 Studebaker Azure Blue color. After Guymon restored it, the car was invited into the Darryl Starbird's National Rod & Custom Car Hall of Fame. The car was the 1st non Darryl Starbird creation to be shown at the museum, and was shown there for 2 years.[5]

Please get in touch with us at mail@kustomrama.com if you have additional information or photos to share about Bob McNutt's 1939 Ford.