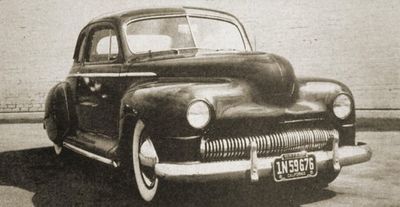 When the car was featured in Hop Up December 1952 Bob had removed the fenderskirts. 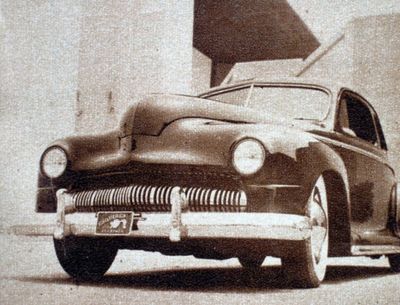 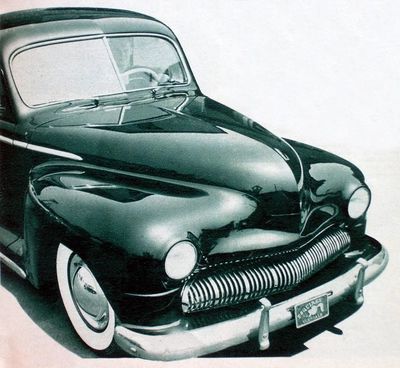 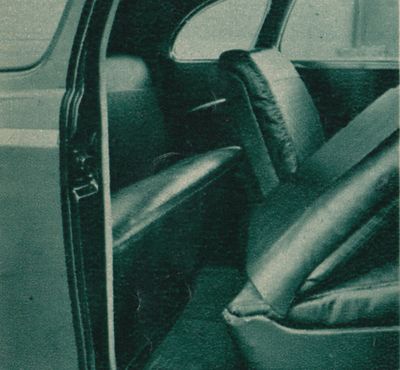 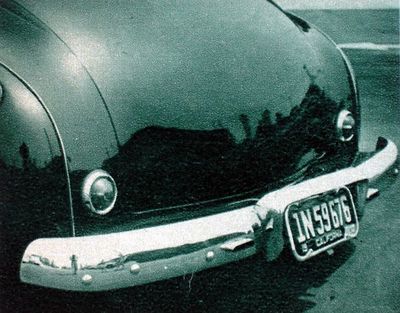 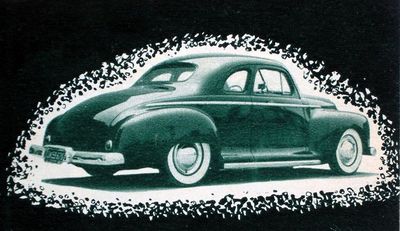 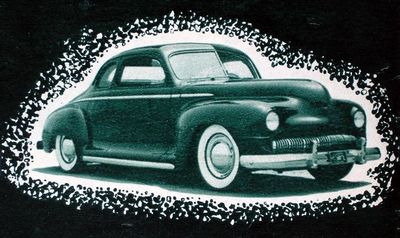 1948 Plymouth Business Coupe restyled by Studio Auto Body for Glendale Esquires member Bob Alexander of Glendale, California. Bob's Business Coupe was converted to a Club Coupe by adding a rear seat. The Plymouth was also nosed, decked and shaved of its handles. The doors were operated by concealed pushbuttons on the outside and by another set of pushbuttons inside. Since the license guard holder was removed from the deck lid, the license plate was moved to the bumper. Up front, the headlights were frenched and the front end was reshaped to accept a 1949 Mercury grille that was shortened by three inches. The panel between the headlights and upper edge of the grille was hand shaped from sheet stock. The front bumper guards were kept and the fenders were molded in. A small peak was added to the top in order to match the peak on the hood. The peak was extended six inches from the windshield. The stock gas filler pipe was replaced by a door. The car was lowered with a slight rake in the rear and the side trim pieces on the hood were shortened in order to give the car a speed boat look. The rear gravel deflector was molded in and the stock rectangular taillights were replaced with round Pontiac units. Rectangular exhaust outlets by Huth's Muffler Company were molded-in to the rear bumper, these were made by flattened tubing. Once the bodywork was done, Johnny Hagen painted the car.[1] The interior of the car was done in red plaid with alligator trim. [2] Fenders-skirts were added as well. These were later removed when it was featured in Hop Up December 1952.[1] The engine in Bob's Plymouth featured an Iskenderian 3/4 race camshaft and a milled head. Bob would install a dual manifold when entering local drags.

Please get in touch with us at mail@kustomrama.com if you have additional information or photos to share about Bob Alexander's 1948 Plymouth.